The Panasonic Eluga Switch will have dual-end microphones and earpieces, which will enable users to take calls with the phone upside-down 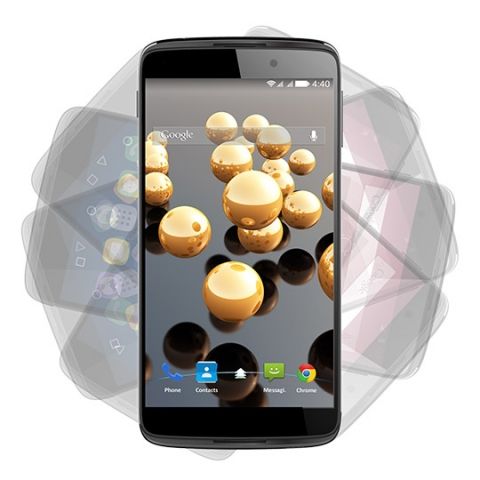 Panasonic has launched its 360-degree rotating display smartphone - Eluga Switch, which also features dual-front mic and earpieces, which will let users attend to calls, with the phone upside-down. Owing to a dual-end speaker setup, it also features 3D audio quality, with JBL-powered 1..2W speakers. The reversible assertive display is sized at 5.5 inches, at a resolution of 1080x1920 pixels, with contrast and light-adjusting sensors. Under its hood, it is powered by a Qualcomm Snapdragon 610 1.5GHz octa-core SoC, 2GB of RAM, 32GB of internal memory and a 2910mAh battery. The Panasonic Eluga Switch is 7.5mm thick, weighs 141 grams, and is Panasonic's premium-end offering, priced at Rs. 19,990.

Read the full Press Release of the phone's launch below:

New Delhi, 25th August, 2015: Panasonic India today launched its premium smartphone, Eluga Switch, bringing the best in Japanese industry, technology and user experience to the Indian consumer. The Eluga Switch has been engineered as a leader in its class with a 5.5-inch full HD reversible display, which orients the display to face the user, even when held upside down.

360° User Interface
The invertible user interface orients itself at any angle at which the device is turned, as the dual front speakers and mic enable a user to answer calls upside down. The Fit Home interface offers single thumb-operation access to apps, with various gesture based features such as smart awake - double tap to wake-up the screen.

Premier Audio Engineering
The Eluga Switch is an audiophile’s dream, as it comes integrated with the best in sound engineering into a smartphone. The JBL engineered dual front speakers with Hi-Fi sound reduce distortion for a soothing listening experience. The 3D audio technology ARKAMYS, ensures excellent tonal quality, rich bass and a natural sound. The smartphone also comes with an inbuilt DJ Mix music player with beat-matching and mixing capacities, as well as a complimentary premium JBL headset.

Speaking on the launch, Mr. Manish Sharma, Managing Director, Panasonic India said, ““We have been successful in building an exhaustive and robust range of smartphones in India, starting April 2013. As our presence in the market has expanded significantly and to get the best of this growing segment, the Eluga Switch is our answer to the consumer’s demand for a Panasonic engineered premium smartphone. As we see immense growth opportunities in the Smartphone segment, we have introduced the Switch which synthesizes Panasonic’s flagship Japanese technology with preferences of the Indian consumer into one, easy-to-use, seamless smartphone.”

Sharing his thoughts, Mr. Pankaj Rana, Business Head, Mobility Division, Panasonic India, further added, “The Eluga Switch does exactly what it was imagined to do, offer two vertical screen orientations in one handheld device. A user can effortlessly ‘switch’ between an upright and inverted smartphone. The Switch is the epitome of consumer preferences, designed by keeping into consideration extensive customer feedback and expert technology.”