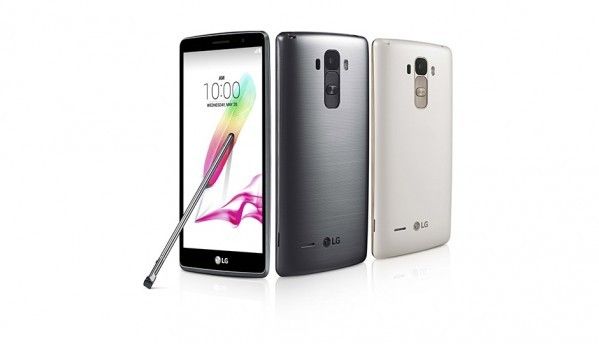 LG has launched the G4 Stylus in India. Taking design cues from its recently-launched flagship smartphone, the LG G4, the LG G4 Stylus houses LG’s Rubberdium stylus that allows convenience in scribbling and drawing on the screen. It runs on an LTE-enabled Qualcomm Snapdragon 410 quad-core SoC clocked at 1.2GHz. It features a 5.7” IPS LCD display at 720x1280 pixels protected by Corning Gorilla Glass 3, in which LG has incorporated its In-Cell Touch technology. It also has 1GB of RAM, 16GB internal storage and expandable memory slot. The primary camera has a 13-megapixel sensor with laser autofocus and gesture shot, and the front-facing camera is specced at 5 megapixels. The dual-SIM phone is loaded with Android Lollipop (v5.0), and is powered by a 3000mAh removable battery pack. It is priced at Rs. 24,990.

Read the Press Release of LG G4 Stylus’ launch below:

New Delhi, 20th July 2015: LG Electronics officially announces the latest addition to its G4 family, the LG G4 Stylus in India. The Stylus version of the G4 is a pen-enabled smartphone that inherits the core DNA from the recently launched G4, LG’s most ambitious smartphone till date. The G4 Stylus is exceptionally priced and shares many of the same high-end user experience features found in LG G4.

The G4 Stylus is a 5.7-inch handset, slightly larger than the 5.5-inch display found in the G4. As its name implies, the G4 Stylus includes LG’s versatile Rubberdium™ Stylus, allowing for easy note taking and drawing on the generously-sized screen. The G4 Stylus features a 13MP rear camera and 5MP front-facing camera for high quality photos and portraits. Other popular LG exclusives such as Gesture Shot, Glance View and Knock Code™ make this device more convenient, secure and fun to use. The G4 Stylus inherits the super-fast Laser Autofocus feature found in previous G Series smartphones for sharply focused shots even in dim surroundings. HD quality IPS displays with In-Cell Touch technology deliver a visual experience that is far more immersive and responsive than on most other smartphones in this class.

Mr. Deepak Jasrotia, Business Head, LG Mobiles India, said, “The G4 Stylus is a perfect example of what we mean by a premium smartphone experience without a premium price. This smartphone not only delivers performance, but also looks great while doing so. At LG, we are always committed towards providing a great value to our consumers and with G4 Stylus we are doing exactly that. ”

In India, the G4 Stylus will be offered in 4G-LTE configurations in Metallic Silver or Floral White color options. The latest 5.0 Lollipop Android OS offers uncompromising performance on the G4 Stylus.