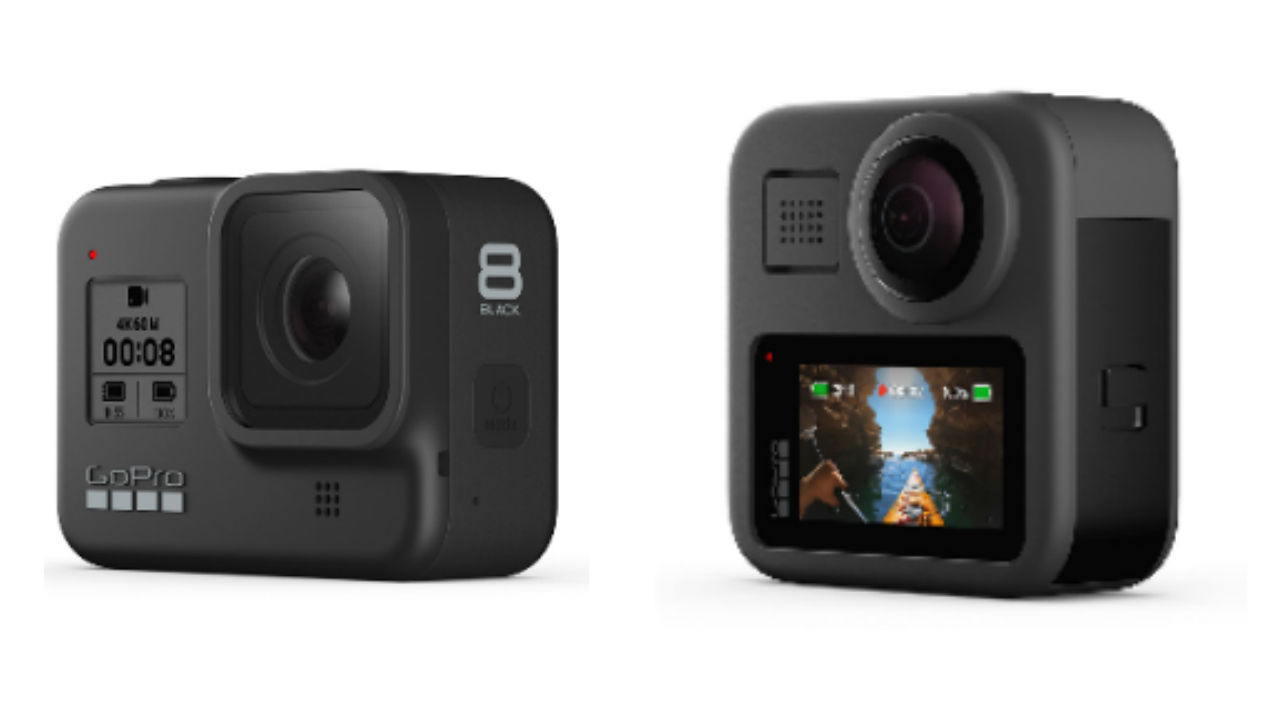 GoPro has announced its Hero8 Black and Hero Max cameras, along with some new mods. The Hero8 Black is features HyperSmooth 2.0 video stablitisation and has a new Boost mode for in-app horizon leveling. The GoPro Max is a dual lens GoPro camera. As for the new mods, the company has introduced the Media Mod, Display Mod and Light Mod.

Read the press release below

The Media Mod, Display Mod and Light Mod are modular accessories that deck HERO8 Black out with professional-grade audio, a front-facing display and enhanced lighting. For those seeking the additional performance, Mods enable users to transform their HERO8 Black into a production powerhouse.

GoPro Max is a dual lens GoPro camera that maxes out on versatility—it’s like having three cameras in one. Use Max as a waterproof, maximum-stabilized single lens HERO camera, dual lens 360 camera or next-level vlogging camera with its built-in front facing display and shotgun-mic audio capabilities. No matter how you use it, Max delivers next-level, unbreakable video stabilization with Max HyperSmooth. Max also features four digital lenses, including the new ultra-wide Max SuperView—GoPro’s widest field of view ever. Additional updates include in-camera 360 video and photo stitching plus keyframe-based editing of 360 content in the GoPro app. GoPro Max is like no other camera in the world—perfect for innovative users looking to take their creativity to the … errr...Max!