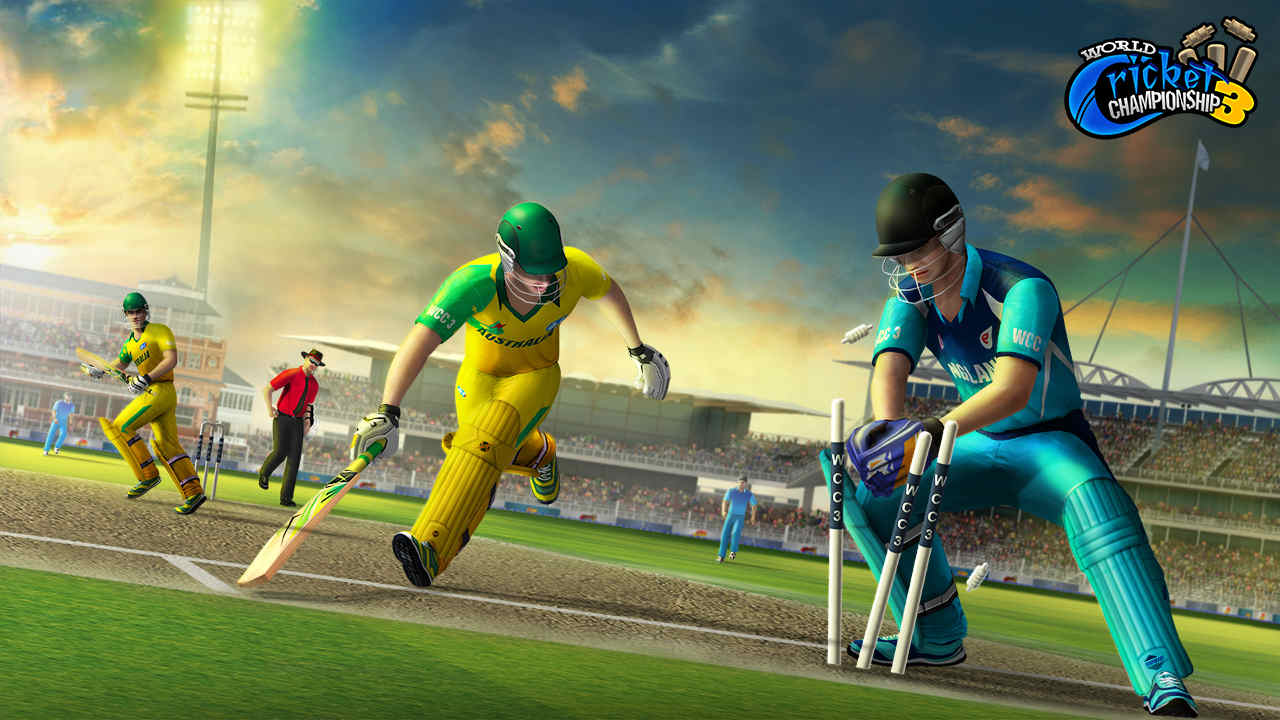 Nextwave Multimedia, India’s leading game developer launches the third installment of the World Cricket Championship (WCC 3) with its first full-fledged career mode in a mobile cricket game. Amidst the Covid-19 pandemic cancellation of live sports, the career mode’s unique features promise to keep the cricket fever alive among fans around the world. The new career mode will have a cricket season sprawling across 3 brackets, 25 series, and 400+ matches with a built-in challenging performance decision system which determines your rise in ranks starting from a local club to the national or international level.

WCC 3’s career mode stands apart with a 3D motion capture feature in a mobile cricket game along with other exclusive features like dynamic difficulty, choice, perma match flow and decision making system and visuals cut-scenes of the player getting selected, making it to the media and many moments of success and failure in a cricket career.

The WCC 3 installation is being launched in 3 phases. WCC 3 saw an overwhelming response with 500,000 pre-registrations within 2 weeks’ time of the opening. The game also saw 2 million downloads with commentators Aakash Chopra and Matthew Hayden with the first update. The WCC franchise boasts over 110 million downloads, with 15 million monthly active users and approx. 3 million users daily. The franchise has been a long standing successful cricket game and rated among the top 10 games in terms of monthly active users in India for 4 years in a row.

WCC 3 comes with a competitive multiplayer mode focusing on facing off with other players and becomes a communal activity which gamers can become part of 500 plus realistic animations simulate actual cricket. Updated gameplay mechanics, numerous new camera angles, real-time motion capture of athletes and professional cricketers, advanced artificial intelligence along with the bilingual commentary provide an enhanced, all-round gameplay experience.

On the new update, P.R.Rajendran, Founder and CEO, Nextwave Multimedia says, “The new career mode has been the most awaited feature by millions of our fans and we are working to further innovate with more cut scenes to enhance their experience, making it even more immersive. The game inputs are often guided by our fans and with all matches at a halt due to the pandemic, we hope that the game will fill the cricket void."

World Cricket Championship has grown exponentially and is largely fan driven. The game has always strived to provide quality gaming content aided by continual innovation for its players. WCC 3 beta has since its launch touched 3 million downloads in 50 days and continues to maintain steady growth.

About Career Mode in WCC3

Career mode, a feature where gamers will guide their chosen player through a virtual cricket season will give every gamer a chance to experience the cricket journey of a player right from the start of his career. This new mode will allow gamers to make their players compete in matches and tournaments which will lead to the player being selected in local clubs or national teams depending upon their skill and performance. This feature gets launched in the third installation of the Nextwave’s WCC franchise, World Cricket Championship 3 Beta 2 version. This career mode is designed to be the most challenging game mode in World Cricket Championship 3 and has been one of the most sought after features by millions of mobile cricket fans.

Among many other features that promise to make career Mode one of the most challenging game modes to be added to WCC 3, some of the unique features include;

●     New Controls – While bowling, users can take full control over the deliveries, with fine-tuned variations in pace, swing, spin and pitch spot. The game adds finesse with special deliveries such as googlies, reverse swing, leg and off cutters and so on. While batting, users can also control run, sprint and dive to the crease when needed. This control helps in balancing the power against shot accuracy. The users also get to choose when to drive, loft or defend. And finally, being in control of the active fielders, deciding the merit of stops, throws and catches. The users also manage their ultimate team and their team members' stamina, recovery and focus, which all play a part in on-field performance. All these improve as they upgrade their players in various disciplines.

●        Motions Captures – One of the features in mobile cricket that boosts the overall appeal of the game and makes it more realistic. For a quality 3D real-time motion in the game, the movements of a real-time actor or an athlete are captured, rather than animating each part of the 3D character by hand. This brings about a higher level of detail and nuance to the animation when a body is subjected to high momentum, force, and change in the center of gravity.

●       Visuals (Cut-scenes) – This feature displays the gradual career progression of a player’s success and failures in his journey through the software of Cut –scenes.

●       Choice -The freedom the game gives to each gamer to choose their players path towards a league player or an international player.

●     Decision impact - A performance decision system that decides whether or not a player will become a Legend in the Leagues or Gods of the International Cup.

●   The Perma Match Flow - Players face real-game pressure situations and prove their skills in every single match. This feature eliminates the option to replay a match and thus makes the competition very real. Just like in real life, every decision will have consequences and one missed shot will make or break the player’s journey.