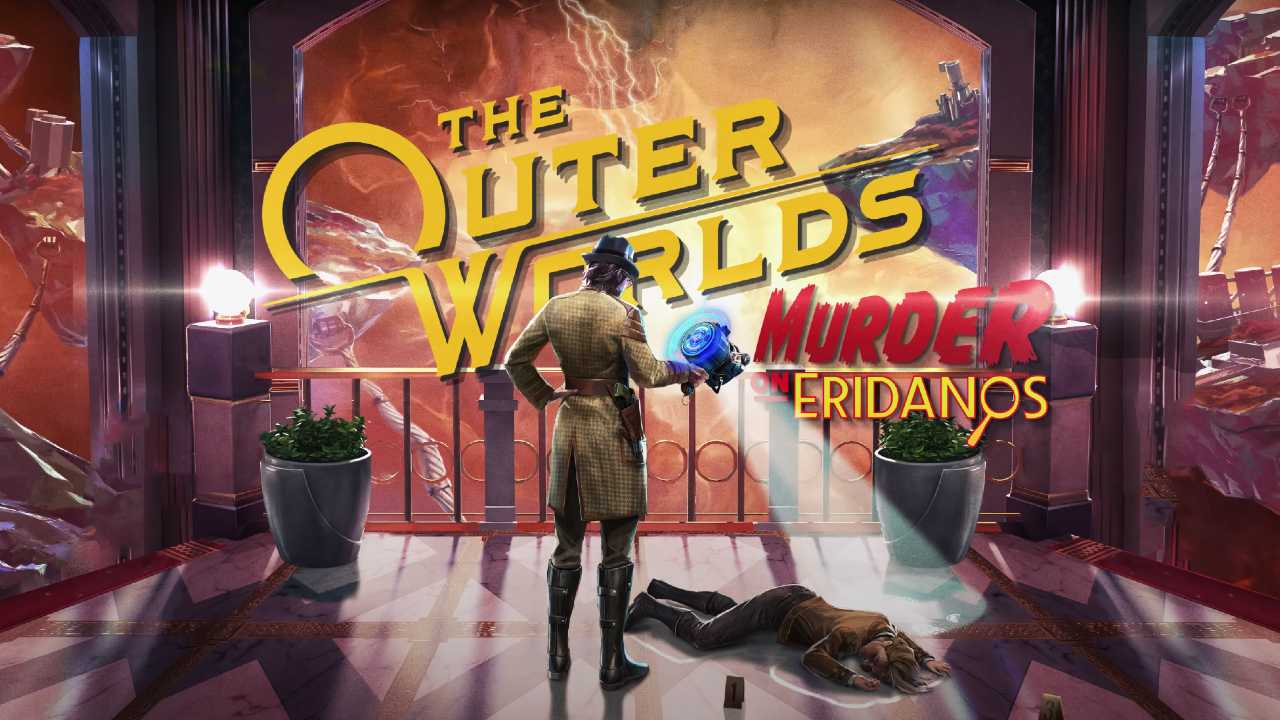 The Outer Words’ second DLC, Murder on Eridanos, now available on PS4, Xbox One and PC

Private Division and Obsidian Entertainment have announced a new DLC for The Outer Worlds. Called Murder on Eridanos, the DLC is the second story expansion to the game after the Peril on Gorgon Expansion. Murder on Eridanos will be the final story expansion. The DLC is available for the PlayStation 4 consoles, Xbox One consoles and Windows PC. The Nintendo Switch version will release later this year. The DLC can be purchased individually or at a discount as part of the Outer Worlds Expansion Pass that also includes the Peril on Gorgon expansion.

Venture to the skies of Eridanos and unravel the grandest murder mystery in the Halcyon colony. Everyone is a suspect in this peculiar whodunit after Rizzo’s spokesperson, the famous Halcyon Helen, is found dead just before the release of the brand-new Spectrum Brown Vodka. Uncover clues with the Discrepancy Amplifier, a semi-sentient device that shows the anomalies and inconsistencies of a crime scene. Unlock additional dialogue paths and different quest routes with each discovery. On your mysterious journey, you will encounter a host of interesting suspects, famous icons like Helen’s co-stars Spencer Woolrich and Burbage-3001, celebrity athlete Black Hole Bertie of Rizzo’s Rangers, and many more! Be careful as behind each eerie smile lurks a dark secret, but press on as your steadfastness is the key to unlocking this case.

“With Murder on Eridanos we set out to unveil more about the memorable cast of The Outer Worlds universe while continuing to put the player front and center in a gripping and intriguing narrative,” said Megan Starks, Game Director at Obsidian Entertainment. “This expansion sheds light on another infamous corporation in a nearly implausible new setting and introduces new mechanics that push how we develop the story. It is a wild ride, and we can’t wait to see the fans’ reactions.”

“Murder on Eridanos is a perfect climactic closure to this chapter in The Outer Worlds. It delivers on what made the original game great: deep player choice in a fantastic world,” said Michael Worosz, Executive Vice President and Head of Private Division. “Players should expect another riveting and humorous story, whip-smart dialogue, and much more. This expansion is an excellent reason to revisit The Outer Worlds or dive in for the first time.”

The Outer Worlds: Murder on Eridanos also raises the level cap by three, unlocking additional options for even more skill customization. Obtain three new science weapons, one being Helen’s signature gun “The Needler,” and collect a variety of new armor sets. Explore treacherous new territory and venture to Eridanos, a collection of drifting asteroid islands chained together and being pulled through the gas giant’s upper atmosphere, which houses multiple locations to explore in this thrilling mystery like the Grand Colonial Hotel to Rizzo’s colorful Purpleberry Orchards.