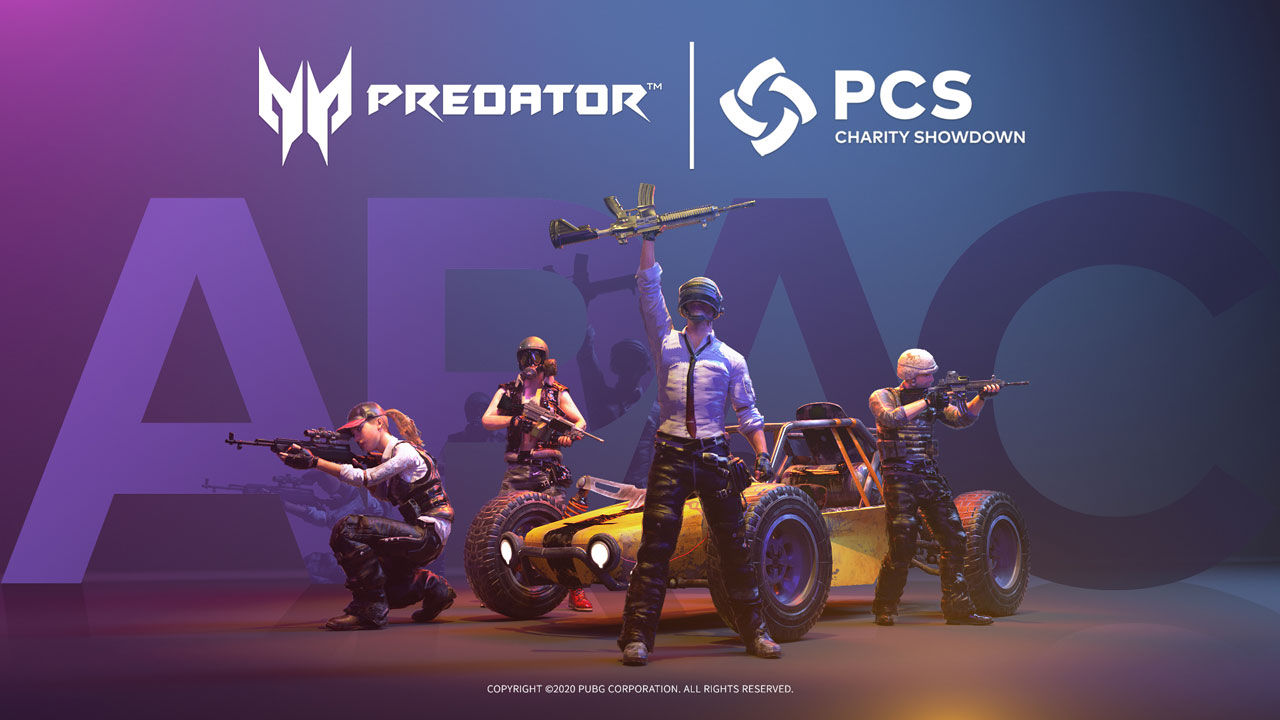 Acer Predator today announced that it is the official sponsor for PUBG Continental Series (PCS) APAC Charity Showdown. Acer Predator and PUBG Corporation are coming together to encourage esports fans to enjoy the tournament while maintaining social distancing during the continued COVID-19 pandemic.

Acer will be providing a suite of devices from its line of gaming devices to support the PCS APAC Charity Showdown.

“Predator is always looking for opportunities to support gamers and promote esports around the world,” said Andrew Hou, President of Acer Pan Asia Pacific Regional Operations. “We’re excited to work with PUBG Corporation to host this charity event, giving players a chance to express their passion for the game while giving back to the community during this challenging time.”

Commenting on this initiative, Chandrahas Panigrahi, CMO & Consumer Business Head, Acer India said, “We are privileged to join hands with PUBG Corporation to announce this charity tournament in the APAC region. As COVID-19 has affected a lot globally, such initiatives are the need of the hour and will provide an opportunity for top PUBG teams to showcase their skills and give back to the community. This kind of event shows how much PUBG and PC gaming have grown and is now in a position to support the communities at large during such crisis.”

Acer is hosting a social media contest from 13th May across channels where users can answer questions and stand a chance to win exciting prizes along with 192 PUBG codes. Also, to support the PUBG charity showdown, Acer India is offering free PUBG game codes and Game Sensei Coaching Credit worth Rs 4500/- with Acer Predator or Nitro gaming laptops powered by an Intel Core i5 or i7 processor. During this period, those who purchase these gaming laptops will also avail the benefit of Zero down payment and Easy EMI on a range of laptops along with 6 months entertainment pack. For more details of the event, please check out each regional official PUBG channel.