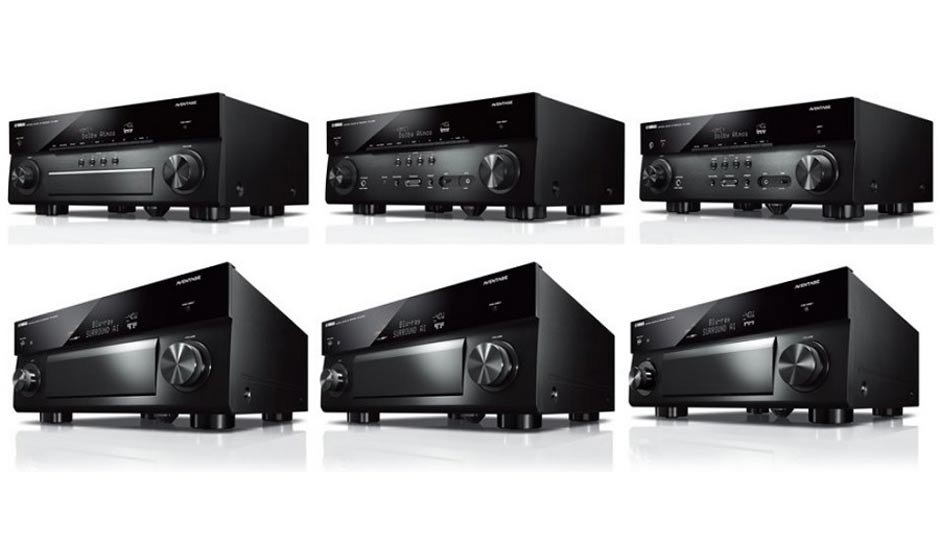 Unveiled internationally about a year ago, the Yamaha AVENTAGE RX-A 80 are considered to be a significant upgrade over the previous gen RX-A 70 owing to the introduction of AI-based features. The most prominent of which is the Surround:AI feature that automatically adjusts audio levels to match the scene setting.

Three of the receivers—the RX-A1080, RX-A2080 and RX-A3080, and Pre-amp CX-A5200—are equipped with SURROUND:AI™, a next-generation artificial intelligence technology, which makes for a clearer, more engaging listening experience by automatically adjusting surround field effects on the fly to match the scene setting. SURROUND:AI™ automatically tailors audio performance to match individual scenes in a movie or TV show. In real time and on a scene-by-scene basis, SURROUND:AI™ analyzes a scene's audio characteristics, including dialog, sound effects and channel balance. The AV receiver then compares the scene's audio characteristics to a reference database of movie scenes and automatically processes the scene's sound field to enhance the audio experience.

For example, SURROUND: AI™ makes dialog more intelligible in scenes with lots of background noise, it delivers massive, full-bodied sound for scenes with big sound effects and it ensures that viewers can hear softly spoken dialog and faint background sounds. For movie enthusiasts, all receivers playback immersive 3D object-based Dolby Atmos® and DTS:X™ soundtracks, which add height channels to traditional surround sound systems. Individual sounds move seamlessly up and down, from left to right and from front to back, adding realism to scenes in which planes fly overhead, rain pounds down on the roof, or insects buzz around and over listeners.

Born from the Yamaha legacy of tonal quality and craftsmanship, AVENTAGE receivers are built with the highest-quality components that are meticulously matched to provide the ultimate sonic experience. Refinements include a choice of electronic components that suppress digital noise and vibrations that reduce audio quality, a sturdy frame-and-beam chassis with a fifth foot to dampen sound-degrading resonances, and an aluminum front panel that shields sensitive internal circuitry from electronic noise generated by dimmer switches and other home electronics.

All Five AVENTAGE receivers also feature wireless MusicCast Surround, which gives home theater fans the opportunity to use wireless speakers for a home theater's Surround Left and Surround Right speakers, each synchronized with wired front speakers. MusicCast Surround builds on the MusicCast wireless multi-room platform, which streams music from almost any audio source over a home's Wi-Fi network to multiple MusicCast audio products throughout the house.

Most models also expand the number of HDMI connections so enthusiasts can connect more HD and 4K video sources, such as 4K game consoles and 4K Blu-ray™ players. For ultimate convenience, all models integrate with installed home-control systems such as Control4 and RTI enabling consumers to turn on their home theater system, lower the lights, and close the shades with one button press.

Commenting on the launch, Mr. Keegan Paes, Asst. Manager Marketing, Yamaha Music India Pvt. Ltd, said, ‘The AVENTAGE RX- A 80 series of AV receivers is a breakthrough offering from Yamaha Music that combines our proprietary, next-generation artificial intelligence technology SURROUND: AI™ to deliver the most advanced cinematic surround sound experience in homes. Its state-of-the-art configuration options and unparalleled versatility satisfy the most demanding whole-of-home applications while being intuitively simple to use. Music and movie enthusiasts will certainly love our new offering.

The new Yamaha AVENTAGE RX-A receivers will be available exclusively at authorized Yamaha AV dealers at the following MRP.