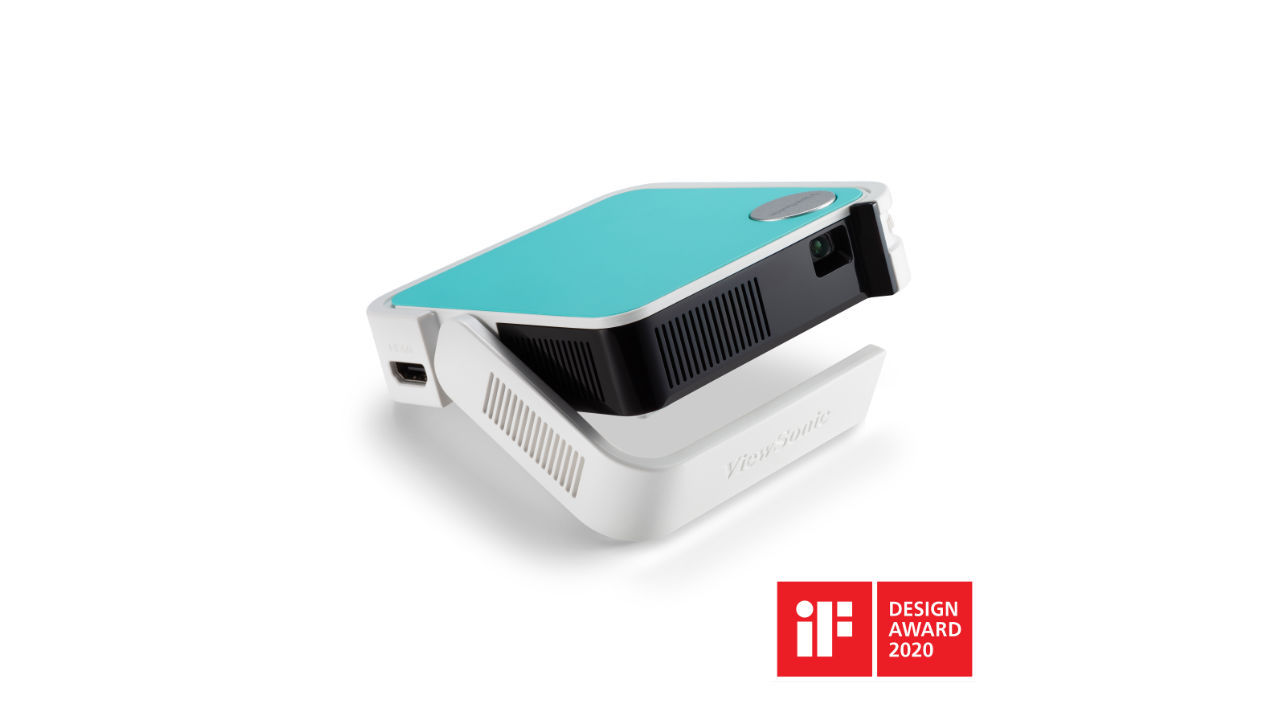 ViewSonic Corp., a leading global provider of visual solutions, announced new additions to their M series of portable projectors with the launch of M1 mini and M1 mini Plus projectors. The pocket-sized projectors feature a built-in battery with power bank compatibility and integrated JBL speakers for a crisp and clear sound. M1 mini and M1 mini Plus projectors has been honoured with an iF Design Award 2020 for its ultra-compact form factor and overall design excellence.

M1 mini LED pocket cinema projector is compact and lightweight, the projector features a 120 LED lumens of brightness, native WVGA resolution with 1080p content support for an immersive viewing experience. The LED technology offers up to 30,000* hours of usage for a low TCO. The integrated smart stand allows users to place the projector in a variety of positions and angles and also doubles as a lens cover. The on-board USB reader port allows users to play multimedia content from an external dongle. Measuring only 4X4 inches, the projector is ultra-portable and can be easily placed in a purse, backpack or back pocket, making it perfect for entertainment on the go.

M1 mini Plus features 120 LED lumens of brightness with native WVGA resolution. With Wi-Fi and Bluetooth capabilities, as well as a built-in JBL speaker, the pocket-sized projector delivers an immersive viewing experience in just about any location. The pocket-sized projector is smart TV enabled and features versatile connectivity options including HDMI and USB Type-A. With smart Wi-Fi connectivity, the projector allows users to stream and binge-watch their favourite shows from popular content providers like YouTube and Netflix. The vCastSender™ app allows users to connect their mobile device and projector under the same Wi-Fi network and utilize the touch control to use with the projector. The app supports iOS 8.0 and above, as well as Android® OS 5.0 Lollipop and above. M1 mini Plus has the internal storage memory of 8GB, which adds to the advantage of the projector where one can travel by saving the file or a movie and can run in a low connectivity area.

“We have received an overwhelming response for our M series projectors in the Indian market, and are extremely delighted to launch the M1 mini and M1 mini Plus portable LED projectors here. At ViewSonic it is our mission to address the customer’s needs and provide them with relevant visual solutions and create products which are far superior in nature,” said Mr Muneer Ahmad, AV Head, ViewSonic India. “Apart from the portability factor, both projectors feature a built-in battery that delivers hours of entertainment without the need for a power cord. The projectors also come with swappable top panels in teal, yellow and grey, allowing users to customize the look of the projectors as per their style statements!”

The M1 mini and M1 mini Plus feature a built-in battery that provides up to two and a half hours* of power, and can be charged with a power bank. Both projectors come with swappable panels in three colours- teal, yellow, and grey, allowing users to customize the projector to suit their style.