As per a Gartner report, the PC and tablet markets are estimated to decline by 1.2 percent in 2018. 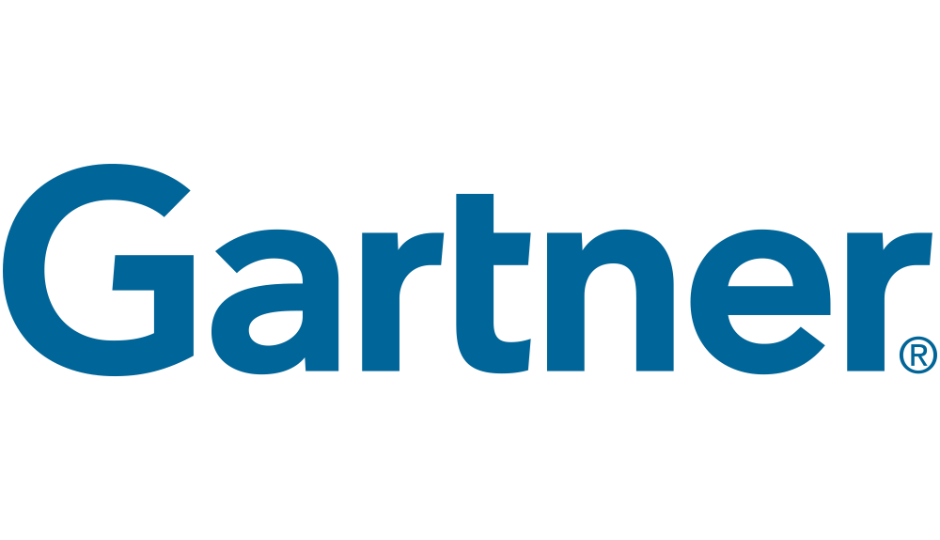 Gartner reports that increasing in PC prices will lead to a flat growth in overall global device shipments this year. As per the research firm, PCs, tablets and mobile phone shipments are on the pace to record 0.9 percent growth, for reaching 2.28 billion units in 2018.

"The PC market is still hindered by the undersupply of the DRAM market for tall of 2018, due to the lack of new wafer capacity coming online. As a result, PC vendors will continue to increase their prices throughout 2018," said Ranjit Atwal, research director at Gartner. "Larger screens and more graphic boards also mean rising costs, adding to the bill of hardware materials for businesses and household buyers."

While the PC market is price-sensitive, Gartner is witnessing business demand migrating to high-end PCs such as ultramobile premium devices, where value is seen as higher. Gartner estimates shipments of ultramobile premium units to increase by 12 percent in 2018 (see Table 1). 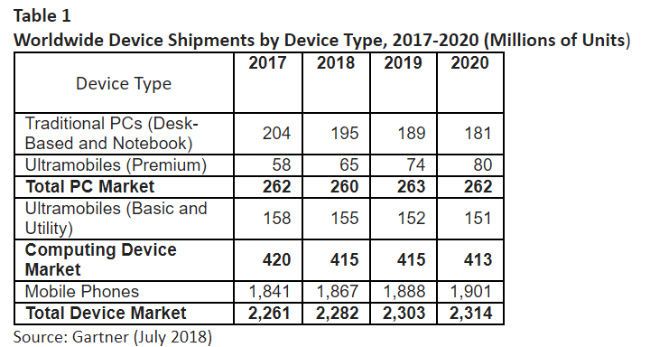 The next major shift in the PC market will be marked by the end of support for Windows 7 in January 2020. "It is becoming paramount for businesses to migrate to Windows 10 as soon as possible, and certainly by the end of 2019," said Mr. Atwal.

North America kicked off the first Windows 10 migration phase in 2015 and will complete around 2019. Western Europe is increasing its adoption in 2018. However, in China, Japan and other emerging regions, migration plans are shifting from 2018 to 2019 as they continue to prepare for inherent complications in changing process and procedures for Windows as a service.

While the global device market is affected by macro-economic factors and technology developments, it can also be influenced by the Chinese device market alone. "China accounts for over 20 percent of global spending on devices, so any changes occurring there can have a significant ripple effect globally," said Mr. Atwal.

The traditional PC market in China is on pace to decline 1.7 percent to 38.5 million shipments in 2018, representing 21 percent of global traditional PC shipments. The drop will come despite China being business-dependent, with two-thirds of PC shipments coming from this segment.

"The downward trend that China is experiencing is undoubtedly affecting the worldwide device market," said Mr. Atwal. "China is an interesting country to watch this year. The continued roll-out of a Chinese version of Windows 10 in the second half of 2018 as well as Apple iPhone's replacement cycle expected through 2019 will generate demand."