The boAt Airdopes 211 earphones have a one year warranty and are available via Amazon.in 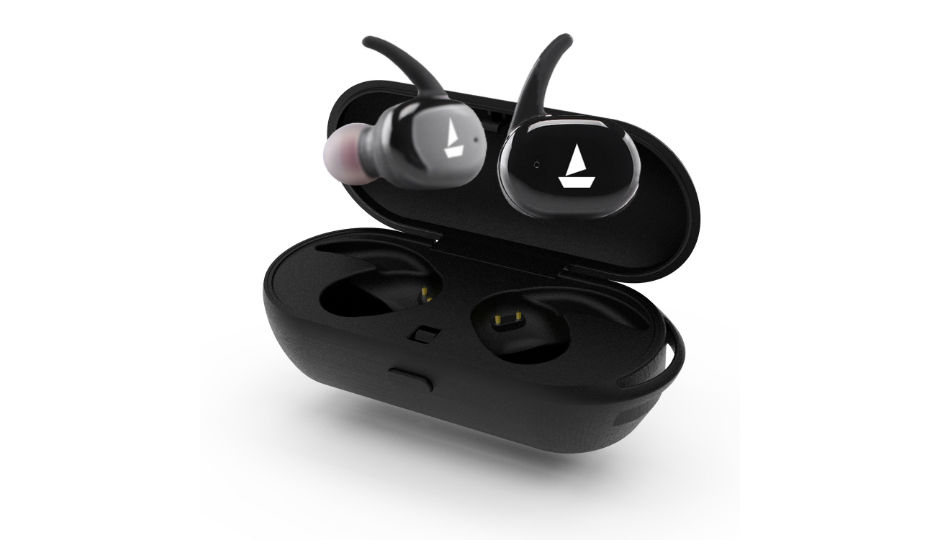 boAt has launched its Airdopes 211 truly wireless earphone in India. Priced at an introductory price of Rs 2,499, the device is bundled with a 450 mAh charging case. The earbuds are touted to run for 2.5 hours and are equipped with capacitive touch controls for changing audio tracks, answer calls and more. The Airdopes 211 can be purchased via Amazon.in.

boAt lifestyle, a brand recognized for its Audio electronic products across the world has introduced their latest offering Airdopes 211 portable True Wireless Earbuds in the True Wireless category after the success of FreesoulZ 511 to target the youthful consumer base. Their new category called Airdopes is for the carefree wirefree generation. The product offers premium HD sound powered by 8mm drivers that gently leads you down the road of Nirvana. Airdopes 211 have a sleek comfort oriented design that is meant for today’s millennial generation who demand style and sound at affordable price points.

Ankush Guglani , Business Head said “boAt Airdopes 211 portable True Wireless Earbuds offers Technology, Style and Convenience – all in one design. The Airdopes 211 keep you moving with your favourite tunes slipping into the serenity of Nirvana. The product is for those who want superior sound and connectivity from truly wireless earbuds for everyday use – with rock solid connectivity and high battery life.”

boAt Airdopes 211 is powered by Bluetooth V4.1 which offer stable connectivity along with a clear stereo sound. Convenience is on hand with the 450 mAh stylish charging case that easily charges the earphones 3-4 times over which means you can use them for a total of 10- 14 hours while each earbud works for 2.5 hours on a single charge. When in use the Capacitive Touch Controls allow you to pick tracks and answer calls with zero hindrance. The sensors on the side of each earbud make for a fun all function encompassing interaction.