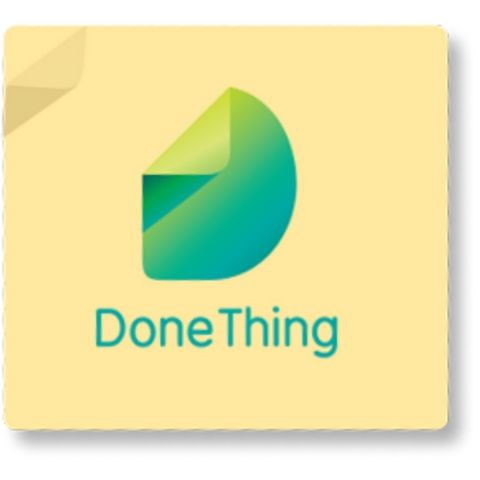 DoneThing, an on-demand personal assistance service provider has launched a mobile app on the Android and iOS. The app lets users avail services from a range of categories such as personal shopping, pick and drop, routine task completion, as well as a neighbourhood service and repairman locator. The app also comes with an artificially intelligent chatbot.

DoneThing, a Gurgaon based, on-demand personal assistance service, launched their mobile application recently on both Android and Apple Store. Going cross-segment with this launch, DoneThing will now be offering an expanded service portfolio, along with a new and interactive transaction platform, to their contemporary, tech-savvy audience.

Having re-invented their brand identity recently, DoneThing is now looking to appeal to a younger target audience with the new app. This audience, which, in current day and age, finds it quite cumbersome to juggle work, social and personal responsibilities, and, is in dire need for a personal assistance service like this.
The app features an extremely user-friendly interface, inviting users to avail services from a comprehensive range of categories. The four core categories being personal shopping, pick & drop, routine task completion and a neighbourhood service & repairman locator. Through this launch, DoneThing expands to a more varied user base, both geographical & demographical, after having established a substantial client base in Gurgaon.

The most path-breaking feature in the app is the artificially intelligent chat bot. Though, like quite a few other popular apps, DoneThing offers selective features of the chat bot as of now, but is in the process of inculcating all of its features soon. The promise is to make personal assistance available on-demand, to their invaluable user-base of over 40,000 customers. These users can now also gain access to promotional offers on certain products and services from select vendors that are on-board as ‘DoneThing Specials’. This blend of tech innovation and vendor aggregation will empower clients to get all their daily requests serviced right from their home, exactly as per their need and specification.

Commenting on the app launch, Chetan Agarwal, Director, DoneThing said, “We are ecstatic about the app launch. After an overwhelming response from users in Gurgaon, we now want to reach out to people in Delhi NCR and beyond, which the app will facilitate.”

Sonal Saraogi, Director, further added, “We are constantly on the look-out for innovative ways to enhance the user-experience. The chat bot is also programmed to understand and adapt to the preferences of users over time. This will help the users explore & discover the best solution for their needs from the limitless offerings we will be aggregating for them. This extraordinary feature allows users to conveniently engage with the personal assistant for real-time information. Such queries are handled proficiently and seamlessly as the system quickly learns about its users.”

First launched on Android play store for beta testing, the app has already seen more than 16000 downloads in less than a month, The app has now been released on Apple store recently to achieve complementary cross-platform presence. Having established an initial traction in Delhi NCR, DoneThing is now all set to expand its footprint across the country in cities like Bangalore, Pune, Mumbai, Hyderabad, Jaipur and Chandigarh that share demographic characteristics with its current region of operations.