Sony's new wearables SmartWatch 3 and SmartBand Talk have been officially launched in India. 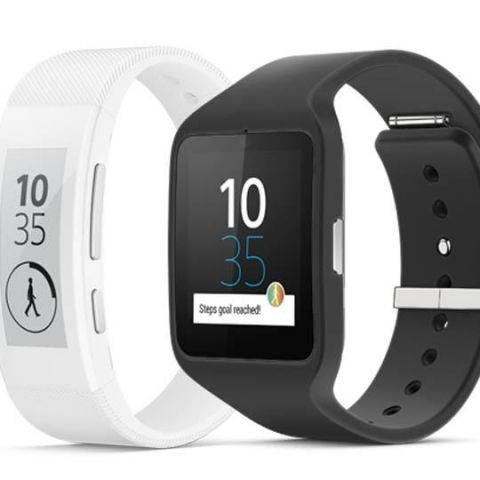 Sony has officially launched its recently unveiled SmartWatch 3 and SmartBand Talk wearables in India for Rs. 19,990 and Rs 12,990 respectively.

Sony's SmartWatch 3 resembles the previous version. It features replaceable plastic strap. It comes with with a 1.6-inch 320x320 display, a 1.2GHz quad-core ARM Cortex A7 processor, 512MB of RAM,  4 GB eMMC storage and a 420mAh battery. The wearable is waterproof with the IP68 rating. The smartwatch runs Android Wear, while connectivity options include Bluetooth 4.0, NFC and micro USB.

The SmartBand Talk also looks very similar to its predecessor, but features a 1.4-inch e-ink display showing text at 192 dpi. The SmartBand Talk allows users to make and receive calls thanks to its built-in mic and speaker. Other features include an accelerometer, altimeter and IP68 rating. Connectivity options include Bluetooth 3.0 and microUSB.

Sony's initial wearables didn't receive positive response. However, Sony now hopes to make a strong comeback in this segment, which is already awash with smartwatches and smart bands from the rivals.