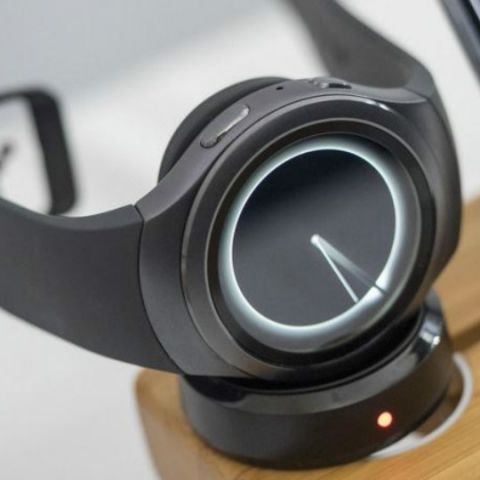 Reports across the Internet suggest that Samsung is set to launch its Gear S2 smartwatch and Gear VR headset in India, this week. Sources have confirmed a January 21 launch event to be hosted by Samsung, and we believe that the second generation Gear S2 smartwatch will be introduced to the Indian market at the upcoming event. The Samsung Gear S2 was first unveiled at IFA 2015, and is already up for sale in the US markets.

The Samsung Gear S2 smartwatch features a circular dial with a rotating bezel that functions as a scroll wheel for the options in the smartwatch. While the first-generation Samsung Gear S was powered by Android Wear, the second-generation Samsung Gear S2 is powered by Tizen OS, Samsung’s proprietary operating system. It also supports touch gesture inputs, and is powered by a 1GHz dual-core processor. The 1.2-inch diameter display has a resolution of 360x360 pixels, and there is 512MB of RAM accompanying the package. There is 4GB of internal storage, and the entire setup is powered by a 250mAh battery. The 3G variant of the Gear S2 has a 300mAh battery and a SIM slot. The Samsung Gear S2 also comes in a Classic variant, which has a more suave finish to it, with a leather strap. The watch comes with a built-inn heart rate sensor.

The Samsung Gear S2 will have proprietary apps that will allow you to access emails and other features on the Tizen platform, and will be up against competition from the Moto 360 2nd Gen. smartwatch (powered by Android Wear), and the Apple Watch, powered by Apple’s Watch OS 2.0. While both Watch OS and Android Wear will have a wider support for popular third party applications, it will be interesting to see the alternatives that Samsung offers on its Tizen platform.

While some publications have cited a possible pricing of the Gear S2 smartwatch at Rs. 25,000 and the Gear VR headset at Rs. 10,000, there has been no confirmation on this note, and we await its launch, which seems to be just around the corner.