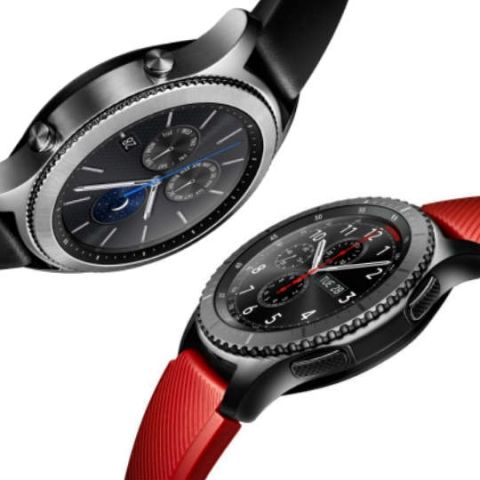 Samsung is preparing to launch Gear S3, its latest Tizen-based smartwatch in India. Samsung Gear S3 is likely to be available in India sometime in January 2017.

Samsung Gear S3 was announced at IFA in September and was consequently made available in Canada, Europe, Korea, the US and the UK. According to Sammobile, the smartwatch will land in India next. Samsung Gear S3 will be available in two variants - Gear S3 Frontier and Gear S3 Classic. The Gear S3 Classic is the successor to last year's Gear S2 Classic.

Both the variants of Gear S3 offer a larger display this time with support for full colour always on display mode. The smartwatches also feature inbuilt speaker for calls and music playback. Samsung Gear S3 also gets GPS connectivity and larger batteries. Samsung Gear S3 is IP68 rated making it capable of withstanding dust and dirt. The smartwatch is water resistant up to 30 minutes underwater. However, it is not suitable for swimming or diving.

Smartwatches are yet to gain recognition and adoption like that of smartphones. They are yet to reach the top in terms of adoption and earlier in the day, Lenovo's Moto announced its plan to not introduce a new smartwatch in the interim future.

We don't have an exact date for the launch of Gear S3 but it could well be one of the finest smartwatches available when it becomes available here.