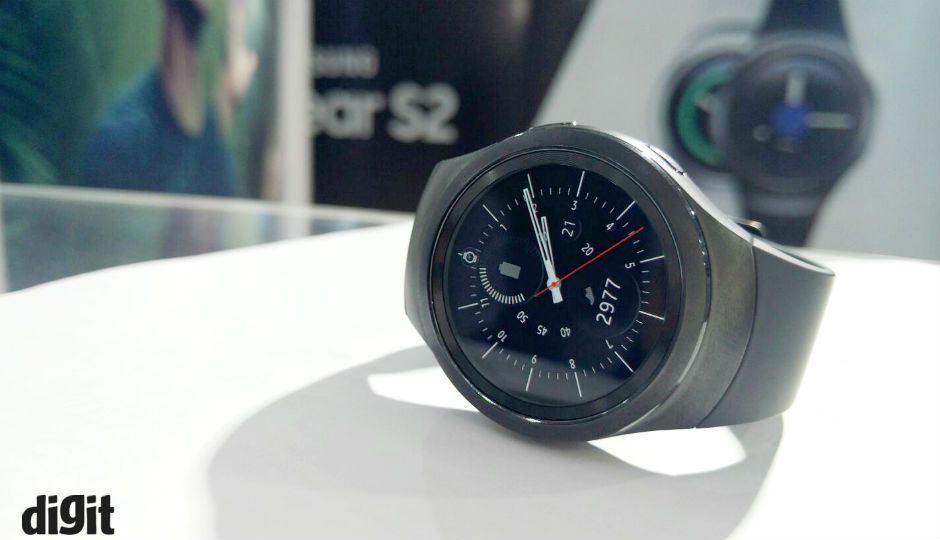 Starting with the watch, the Samsung Gear S2 offers a 1.2-inch circular display. It uses a Super AMOLED panel with a 360 x 360p resolution. Unlike many other smartwatches in the market, Samsung launched the Gear S2 with its Tizen OS. The watch comes with a rotating dial, which can be used to select or navigate through apps and menus. The watch also has two buttons on the right side, which work as the back and home buttons. Other specifications are quite similar to any other Android wear powered smartwatch. The Gear S2 runs on a 1GHz dual-core processor and has 4GB of internal storage along with 512MB of RAM. The watch is powered by a 250mAh battery. It is IP68 certified and has the following connectivity features: Bluetooth 4.1, Wi-Fi and NFC. The watch also supports wireless charging and weighs 47 grams, making it quite light as well. The Gear S2 is compatible with all Samsung smartphones running on Android 4.3 or above and with at least 1.5GB of RAM. It will also support non-Samsung phones running on Android 4.4 or above and with at least 1.5GB of RAM. Samsung also announced the Gear S2 Classic, which is the same watch with a leather band and grooved outer dial. The Samsung Gear VR, which is the virtual reality headset, was also launched at the event. The VR headset was made in collaboration with Oculusand doesn't have its own display, requiring a Samsung phone to be inserted into a slot in the front, which will work as the display for the headset. Users will get a 96 degree field of view inside the headset, which weighs 318 grams. On the right side of the headset, it has a touchpad to navigate through the interface. It also has a volume key along with a focus adjustment wheel. To make the VR experience better, the Gear VR has its own set of sensors comprising of a gyroscope, accelerometer and proximity sensor. It is compatible with the Samsung Galaxy Note 5, Galaxy S6, S6 Edge and the S6 Edge+ only.