Electronics giant Samsung and Asus gear up to launch smartwatches at the upcoming IFA event in Berlin. 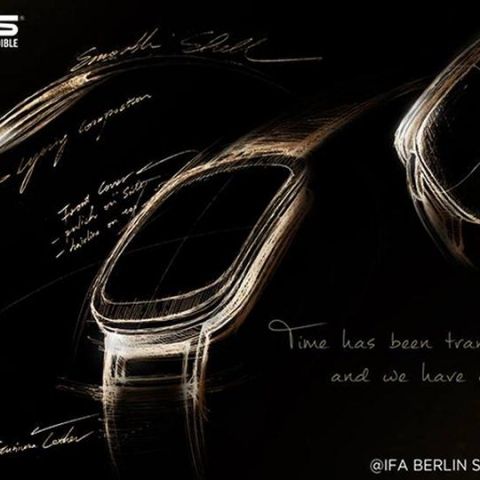 Asus has posted a teaser for its upcoming smartwatch that will be launched at the IFA event in Berlin on September 3. Electronics giant Samsung is also gearing up to announce a round smartwatch at IFA, according to reports.

Asus has posted sketches of its upcoming smartwatch on its official Facebook page along with a quote from Khalil Gibran, the image’s text reads: “Time has been transformed, and we have changed.”

The teaser shows a smartwatch with slightly elongated body and curved edges. The LG smartwatch is rumored to run on Android wear and expected to retail in the $150 range.

According to reports Samsung is working on the round watch, but no other details have been mentioned. Samsung has not mentioned whether the smartwatch will run on Tizen or Android wear like the Gear Live.

The Samsung smartwatch is expected to debut at the IFA event next week along with the Galaxy Note 4. Samsung is also expected to launch another smartwatch that will be able to make calls. The Korean giant has already sent out press invites for the event.

The Samsung Galaxy Note 4 is rumored to have a 5.7-inch Quad HD display. Other rumored specifications are a 16 MP rear camera with Sony IMX240 sensor and optical image stabilization and a 2MP front camera. The device will run on the latest Android 4.4.4 KitKat.

Electronics giant LG has also announced that they will be launching a round smartwatch at the event. LG had posted a teaser of its G Watch R on the company's mobile global YouTube channel. The teaser shows a watch with a circular face, similar to the Moto 360.