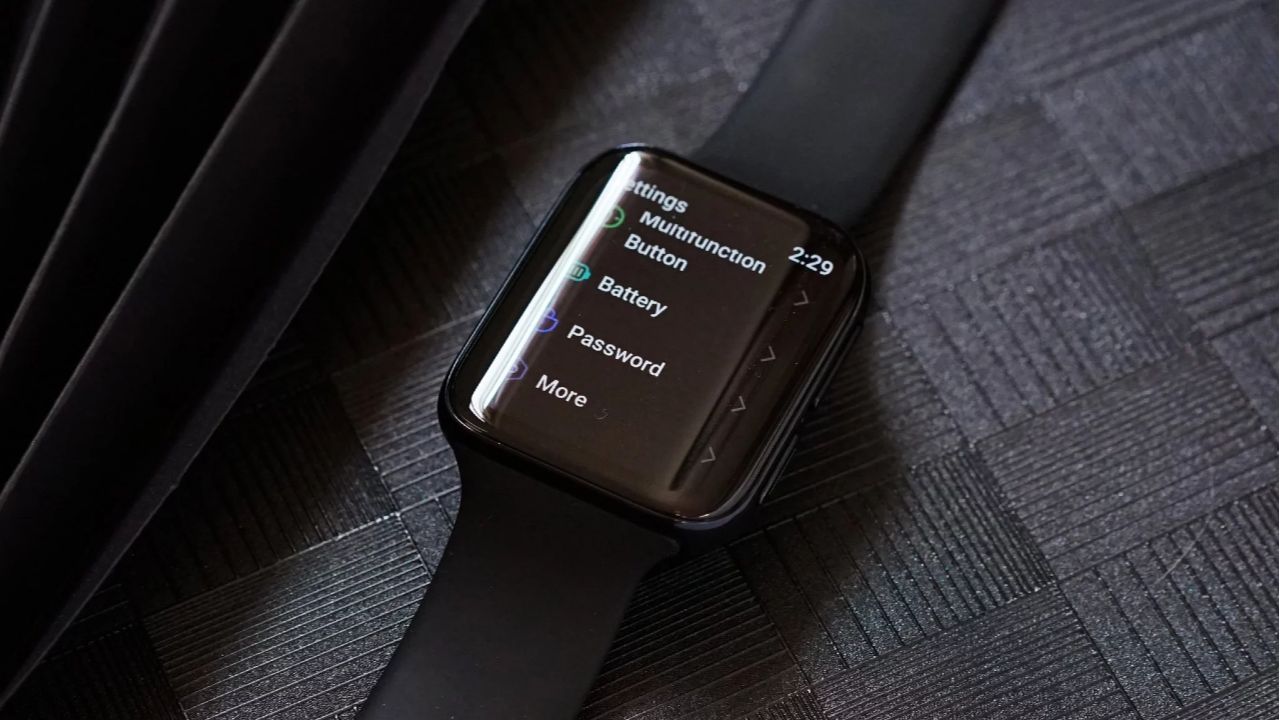 Oppo smartwatch is expected to be launched alongside the Oppo Find X2 and Find X2 Pro on March 6.

It is tipped to come equipped with a hyperboloid OLED display that curves towards the edges.

It is rumoured to feature a heart rate monitor with ECG/EKG.

Oppo smartwatch was first teased during Oppo’s Inno Day back in December. The company recently shared an image of the device as well. Now, a live image of the Oppo smartwatch has appeared online. It is expected to be launched alongside the Oppo Find X2 and Find X2 Pro on March 6. Moreover, it is now up for reservations in China through its OPPO smartwatch app.

The latest development comes from Weibo. The Oppo smartwatch is tipped to come equipped with a hyperboloid OLED display that curves towards the edges. The device is showcased in the settings menu, which has options like Multifunction Button, Battery, Password and More. It also gives us a good look at the silicon strap. However, the watch is also expected to be launched in a leather strap option. On the right edge, we can see the device sports two flat buttons. It is rumoured to feature a heart rate monitor with ECG/EKG.

Not a lot of information about the Oppo smartwatch has been revealed yet. It remains to be seen whether the device will run on the Android Wear platform. While the Oppo smartwatch bears a strong resemblance to the Apple Watch, instead of one crown, it has two keys with a hole in between them. It could be a microphone, which could let users talk to their Oppo smartwatch without needing the smartphone.

At Inno Day, the company showed a teaser for the upcoming smartwatch and smart true wireless earphone, which revealed a square display for the watch. On the other hand, the truly wireless earphones resembled the Apple Airpods. Both these devices are scheduled to launch in Q1 2020. Hence, both the devices could debut with the Oppo Find X2 series on March 6.