Last year Bluetooth SIG had listed the Moto 360 just a few days prior to its official unveiling at the Google I/O conefernce in June 2014. So this could mean that the next generation Motorola Moto 360 may be launched as soon as at the Google I/O conference later this month. The listing doesn’t reveal any of the devices specs, but past rumours about the smartwatch suggest that the next Moto 360 will come with a fully round display and an increased resolution of 360 × 360 pixels. The smartwatch will have an improved metal design than its predecessor and will offer a choice of colors as well as material for the bands. Latest leaked images reveal a disc like design with a new metal clasping mechanism. Other rumoured specifications include an "armeabi-v7a" processor and Android Wear 5.1 OS.

Earlier in March Lenovo’s CEO accidentally revealed the next generation Moto 360 smartwatch on a Chinese social media site Weibo. The picture displayed several smartwatch straps and Chassis along with watches that were completely assembled. The images carried a quote that read, “Moto 360, matching the arrival of the era of freedom, in the future we want to increase the store features a watch shop.”  Motorola Moto 360 smartwatch was released last year for Rs 17,999. The watch had a stainless steel design with a round display and 320 x 290 pixels resolution. The bottom of the smartwatch had the display controls including the drivers and ambient light sensors. The company recently announced a price cut in the device as the competition in the wearable segment is heating up with the launch of the Apple Watch. Internet giant Google has also announced a partnership with TAG Heuer to launch new luxury wearables, backed by Intel processors. Apart form this LG and Huawei have also unveiled premium smartwatches at the MWC. 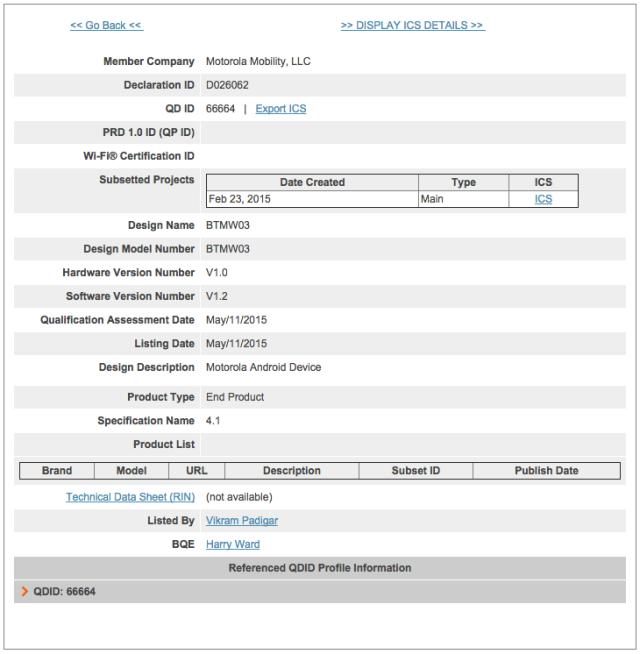