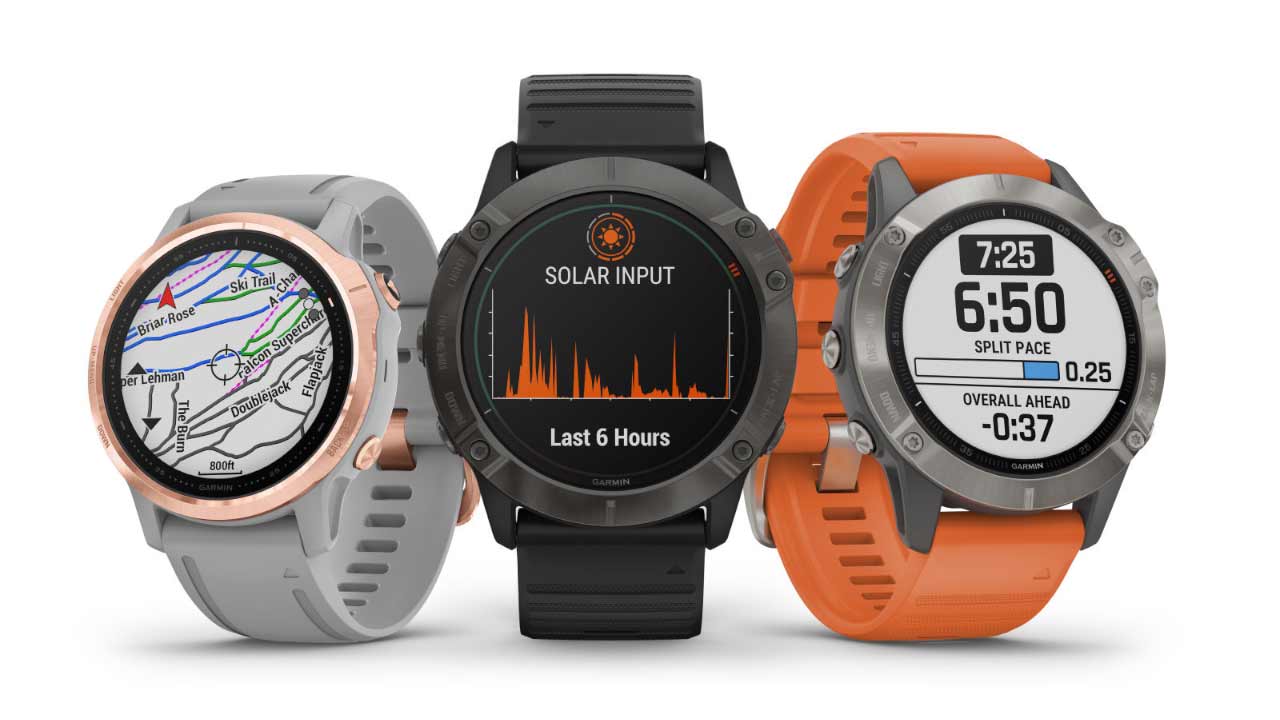 Garmin India, a unit of Garmin Ltd, have announced the launch of a new series of rugged smartwatches dubbed the Fenix 6 series. The watches are designed with the adventurous in mind, and come with improved battery life, and new features over its predecessor.

The Garmin Fenix 6 series also features Garmin’s first ever solar-watch, the Fenix 6X Pro Solar. Designed with Power Glass, which is a transparent solar charging lens, the watch can extend its own battery life using the sun’s energy. The watch can increase overall battery performance by an additional 3 days with solar charging.

Garmin is also introducing QuickFit nylon bands and silicone colours with the Fenix 6 series, allowing for easy swapping of watch straps to match your look. The Sapphire editions of the smartwatches come with scratch-resistant sapphire lens.

PacePro -The Garmin Fenix series comes with PacePro feature which guides runners as they run a course, by helping them keep track of up to eight different factors while running. This includes things like target split pace, actual split pace, distance to next split, how much further or behind target they are and more. This of course, applies to more than running, and can be used for marathons, triathlons, Iron Man courses and more.

This is a watch series built for the sporty, out of the box, the Fenix 6 series comes with TopoActive maps for outdoor sports and adventures, including ski maps for over 2000 resorts worldwide, and over 41,000 golf courses. It even allows for storage of music, you can also sync your playlists and use popular apps like spotify via the smartwatch, no phone needed.

The Garmin Fenix 6 series comes with improved battery life and power management. The new Power Manager allows users to see and control the various settings and sensors that impact battery life. Users can adjust battery usage depending on the need, being able to extend battery life on the fly, going all the way up to a whopping 90 days on minimum usage.

Garmin have also worked on the UI, in an attempt to make it more user-friendly and easily navigable for users. Additionally, Garmin are releasing a special Watch channel edition of the Garmin Fenix 6 series which offer a more old-school premium look.