Fitbit is expected to announce its first smartwatch with a dedicated app store and cross platform functionality later this year. The wearable sports a design similar to its Blaze fitness watch and will be available in three colour variants. 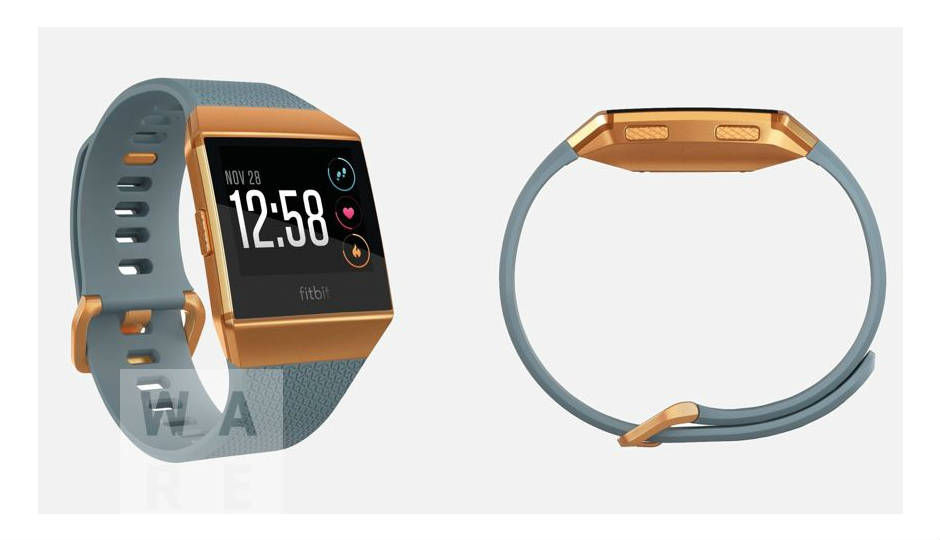 The images posted by Wareable look similar to the ones that leaked in May. The watch basically looks like a slimmer version of Blaze with software utilities found on Pebble's wearables. It features three buttons with two on the right and one on the left and the renders show the smartwatch is switching from green optical heart rate sensor to dual red sensors.

Other notable difference is the addition of an infrared sensor, which could be used to accurately measure the oxygen level in the blood. Fitbit CEO James Park had confirmed during earnings call that company is on track to launch its first smartwatch and it will include GPS and water resistance up to 50 meters. The company is also using Pebble's software features to support cross platform functionality and it is likely to include a dedicated app store for discovering Android and iOS compatible apps. The smartwatch is internally referred to as Project Higgs and is likely to offer better fitness functionality than Apple Watch.

Fitbit, once the leader in the wearable segment, has lost significant ground during the past year. The company lost its leadership to Xiaomi and Apple and it managed to ship around 3.3 million wearables in the recent quarter, as per Strategy Analytics. Fitbit is making a big bet in the smartwatch segment with its new wearable but whether it succeeds in pulling customers away from Apple Watch is yet to be seen.