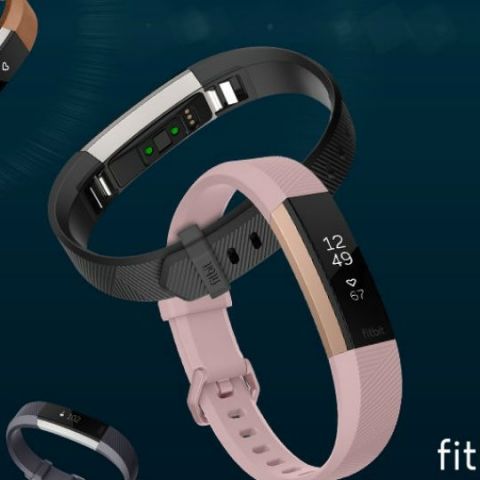 Fitbit has announced Alta HR, an update to last year's Alta that includes a heart rate sensor and improved sleep tracking features. The Fitbit Alta HR is priced at Rs 14,999 and will be available for pre-order on Amazon India from March 15. The fitness tracker will also be available offline from retailers, including Reliance Digital, Croma, Titan Helios and Vijay Sales.

According to NPD Research, Alta is the second best-selling fitness tracker for Fitbit, after the Charge 2. The Fitbit Alta is the slimmest activity tracker in the market right now, and with active heart-rate monitoring, the stylish tracker becomes fairly versatile. It also brings updated software offering enhanced sleep tracking. The new update takes advantage of active heart rates to differentiate between sleep states. Earlier, Fitbit relied on accelerometer data for tracking sleep. The new algorithm should help offer better view of sleep length.

"Alta HR and these powerful new sleep features demonstrate our continued focus on evolving our innovative technology to deliver deeper, more actionable insights to help our users improve their health," James Park, co-founder and CEO of Fitbit was quoted as saying in the release.

Fitbit continues to be the leader in global wearables market but its numero uno position is under threat from Xiaomi's budget offering Mi Band and Apple's renewed push into the segment with the Watch and improved software. Fitbit recently acquired smartwatch maker Pebble and Vector, and is widely expected to announce its own smartwatch this year. Fitbit's first 'true' smartwatch is expected to challenge the Apple Watch, Samsung's Gear series and Android Wear 2.0 smartwatches.