Amazfit has announced the T-Rex 2, which is a rugged smartwatch with military-grade endurance assurance and several outdoorsy features like dual-band & 5-satellite positioning, 10ATM water resistance, a 1000-nits bright screen, and 150+ sports modes. It also has got an AMOLED screen, heart rate, SpO2 monitoring sensors, and up to 24 hours of battery life claim.

Here are the full details — 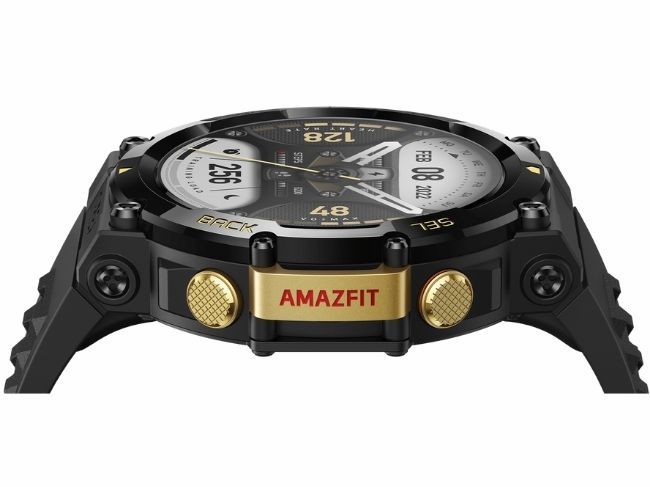 Amazfit has equipped the T-Rex 2 with a 1.39-inch 454×454 resolution round display with up to 1000 nits of brightness. Surrounding the display is a rugged polymer alloy case with two buttons each on the left and right sides. These would be for making selections and navigation across the Zepp UI. The case is attached to a 22mm silicone strap.

The software is RTOS-based with some proprietary goodies sprinkled throughout. You get health and fitness features like 150+ sports modes, and trackers for heart rate, blood oxygen, VO2 Max, stress, sleep, breathing, and menstrual cycle.

You can keep tabs on the progress through the Zepp app. The watch can connect with Android 7.0 or later, iOS 12.0, or later devices.

The feature set also comprises 10ATM water resistance, Bluetooth 5.0, Dual-band & 5 satellite positioning.  The battery size is 500mAh and it is rated to run for up to 24 hours in typical usage, up to 10 days in heavy usage, and up to 45 days in battery saver mode. You can top it up using the bundled magnetic 2-pin pogo pin charging base. 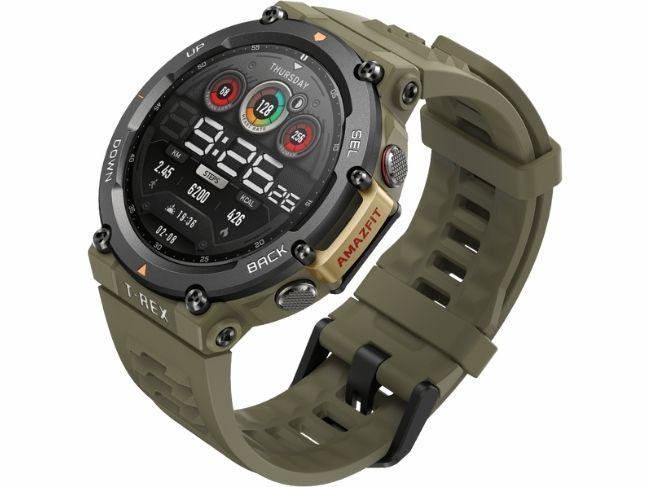 Amazfit T-Rex 2 is available in the US for $229 (which is around ₹17,760). It retails through the official website and a free Amazfit smart scale is being bundled as a launch offer. You can pick the wearable in Astro Black & Gold, Ember Black, Wild Green, and Desert Khaki colours.