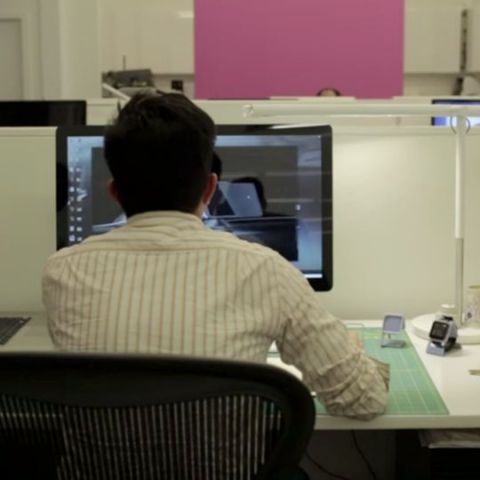 Is HTC working on a smartwatch? Recently, @evleaks posted render of what is believed to be an HTC Android Wear smartwatch. And now, the alleged smartphone has been spotted making a brief appearance in a company video, which is embedded at the bottom of this article.

The HTC smartwatch makes an appearance at 0:35 seconds in the video, revealing a Sense-style watch face. At 0:45, a person appears to be working on the design of the watch’s metallic body. There's no much of information about the device as yet.

However, it's notable HTC is one of the big names associated with Google's Android Wear project, which also has LG, Motorola, Qualcomm, Fossil for new smartwatches.