Xiaomi India had recently announced it sold over half a million Smart TVs in over six months across online and Mi Home, followed by another 100,000 Mi LED TVs during Diwali sale between October 9-11. 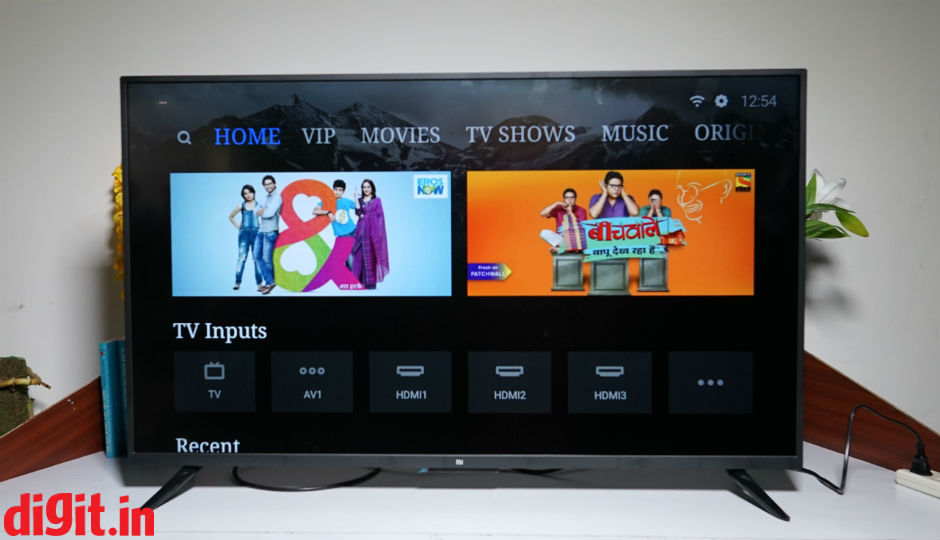 Chinese conglomerate Xiaomi’s Indian arm has announced that the company has shipped more than one million TVs in the last nine months, labeling this an industry-first achievement and a key milestone for the tech firm. Xiaomi India says that these one million Mi TVs account for all variants sold across all of the company’s sale platforms for Mi LED TVs. Citing a report by market research firm International Data Corporation (IDC), the company said that Xiaomi is the number one Smart TV Brand in India in the second quarter of 2018.

Xiaomi had recently announced it sold over half a million Smart TVs in over six months across online and Mi Home, followed by another 100,000 Mi LED TVs during Diwali sale between October 9 and October 11. According to the company, this led it to ship 400,000 Mi LED TVs in less than a month. Xiaomi also credits the aggressive performance of Mi LED TVs in the offline market for this milestone.

“We are extremely proud to be sharing another Mi TV milestone with our fans and thankful for all the love. It took us years of planning to get the hardware design, smart Patchwall User Interface and software partnerships to deliver a truly smart TV experience for India and we are glad that over a million Indians put their faith in our product. Based on what we know, no other brand has ever achieved this in India,” Raghu Reddy, Head - Category and Online Sales, Xiaomi India, said in a statement.

Xiaomi claims that Mi LED TVs have gone on to become the most-rated TVs online with over 200,000 ratings. The Mi LED TV 4A 32-inch alone has garnered over 1,00,000 ratings, as per the company. Mi LED Smart TV 4A 43 and Mi LED Smart TV 4A 32 are available under the #BigDiwaliSale on Flipkart and #DiwaliWithMi sale on mi.com. The company launched these TVs in March in India at a price of Rs 13,999 for the 32-inch and Rs 22,999 for the 43-inch. The 43-inch model supports Full HD video playback, whereas the 32-inch model is capable of handling only HD ready (720p) videos. The new Mi LED Smart TV 4A series is powered by a 64 bit quad-core Amlogic processor and 1GB RAM with 8GB of onboard storage. Both variants come with two 10 Watts stereo speakers and DTS sound.