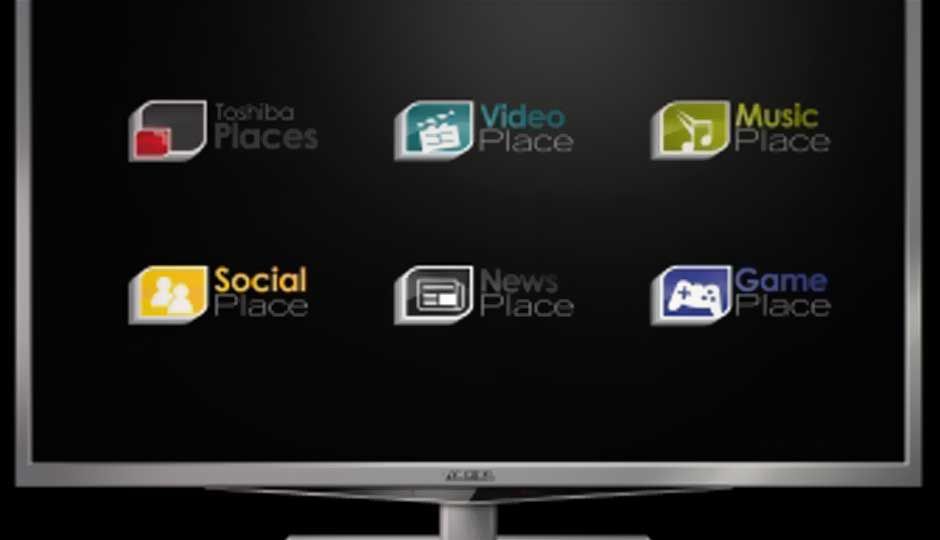 “The launch of our first 3D Smart-TV is sure to catapult Toshiba into a new dimension of interactive consumer entertainment. The launch of the VL20 3D Smart-TVs series is a testimony of Toshiba’s continuous endeavour to innovate and our commitment to consumers for an unmatched quality and reliability.”

The Toshiba VL20 LED Power TV features a slim 17mm silver coloured bezel, and slim swivel stand design. One set of Toshiba 3D glasses are bundled along the 3DTV. The ‘smart’ part of the Toshiba VL20 3D Smart-TV comes from the host of interactive content available on the internet, and on the TV, via TV apps from the Toshiba Places store (featuring Music Place, Video Place, Game Place, News Place, and Social Place).

The Toshiba VL20 3D Smart-TV series is powered by the REGZA engine, and comes with ClearScan 100 Pro, 2D to 3D Conversion, 10-Bit video processing power for 10-bit quality of input data, over 1 billion colours thereby, and 3D Color Management, for automatic adjustment of hue, saturation and colour brightness without affecting the other colours, providing more natural-looking picture. The Toshiba VL20 LED TV, like all Toshiba Power TVs, will come with an Auto Signal Booster, and AutoView features.