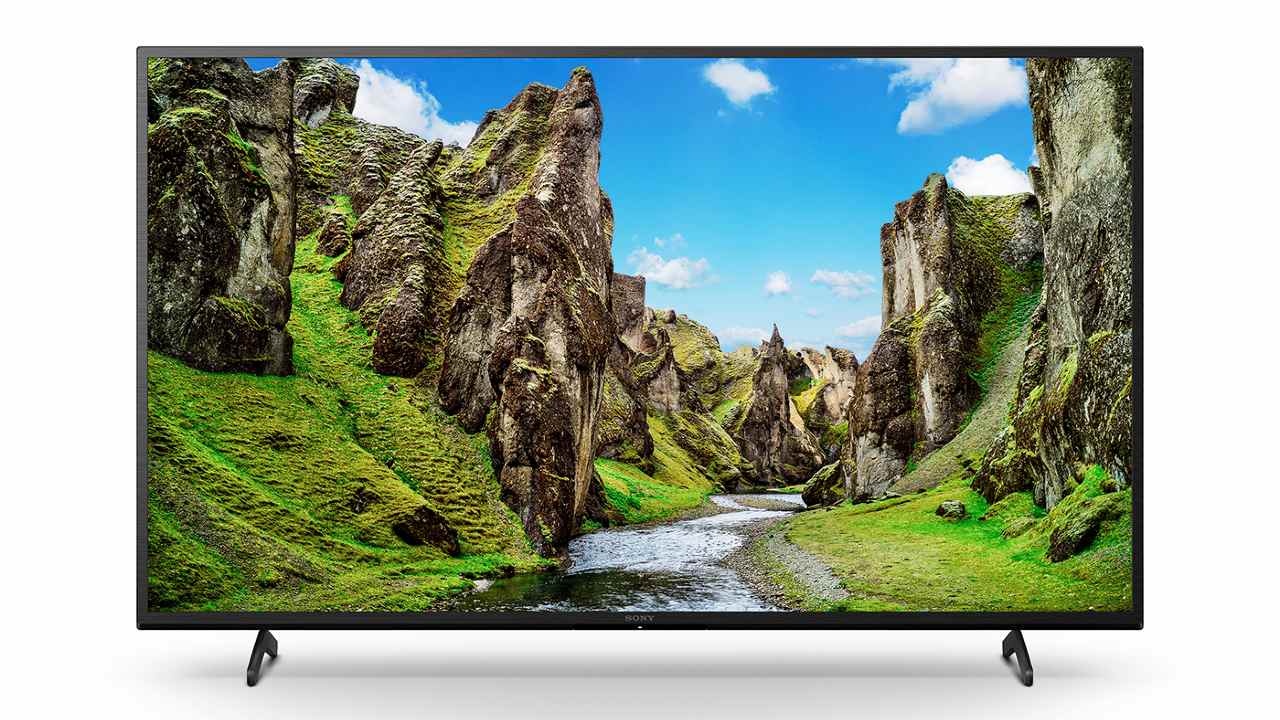 The Sony X75 has 3HDMI ports and 2 USB ports

Sony has launched the BRAVIA X75 Android TV in India. The TV is available in 43 and 50-inch screen sizes priced at Rs 59,990 and Rs 72,990, respectively. The X75 runs on Android TV and brings with it access to the Google Play Store and Chromecast built-in. The TV doesn't come with Sony’s Triluminos display but it does have a “Live Colour feature” to enhance the viewing experience.

As mentioned above the BRAVIA X75 is available in two screen sizes in India - 43-inch and 50-inch. The TV is a 4K TV with support for HDT 10 and HLG. Under the hood, the TV is powered by Sony’s X1 4K processor. It also has Sony’s 4K X-Reality PRO. The X75 is an Android TV giving you access to the Google Play Store. The TV supports all popular streaming services. It also comes with Chromecast and Google Assistant built-in.

The BRAVIA X75 also features Sony’s X protection PRO protecting the TV from dust and humidity. The TV has also passed “the highest standards of Sony's lightning tests, meaning your TV is safeguarded from lightning strikes and power surges”.

When it comes to connectivity, the TV has three HDMI ports and two USB ports. It supports Wi-Fi and ethernet connectivity. The TV also supports Bluetooth 4.2. The TV supports HDCP2.3 and ARC but does not support HDMI CEC. It also has an optical port and headphones out.

The BRAVIA X75 has a direct-lit panel with no dimming zones but supports frame dimming. The display has a native refresh rate of 50Hz but also supports Sony’s Motionflow XR 200. For audio, the TV has 20W of sound output with Sony’s Open Baffle Speaker. The TV also comes with 16GB of storage.

The Sony BRAVIA X75 is available in 43 and 50-inch screen sizes priced at Rs 59,990 and Rs 72,990 respectively. The TVs are available across all Sony Centers, major electronic stores and e-commerce portals in India.