LG to unveil its simpler and more 'intuitive' WebOS platform at CES 2015. 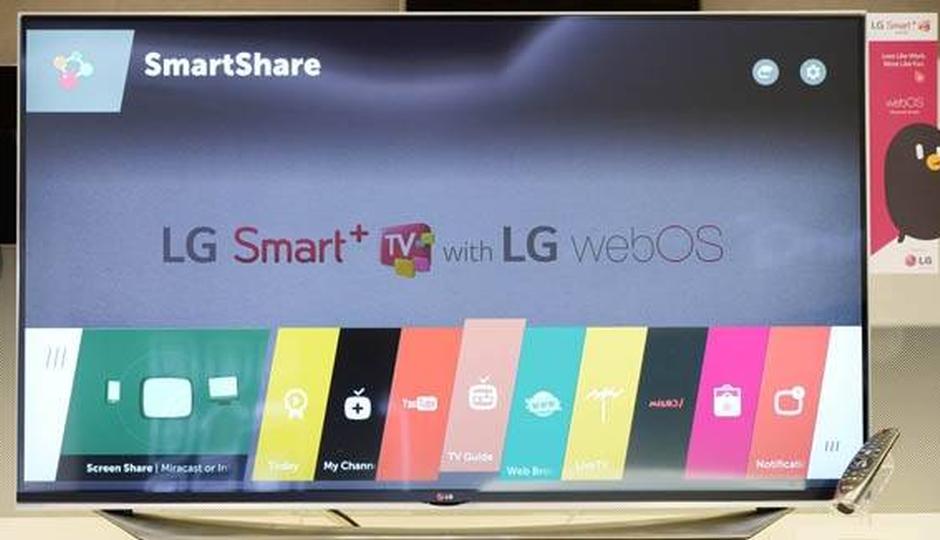 LG has announced that it will unveil its next generation of smart televisions at the CES 2015, scheduled from Jan 6-9 in Las Vegas.

LG stated that its new lineup of smart TVs will feature the company's newest webOS 2.0 Smart TV platform. The platform has been specifically designed to enhance the key features found in its current generation of Smart TVs, according to LG.

The consumer electronics giant stated that the webOS 2.0 platform provides a new level of "simplicity and convenience" for users. The new platform's boot time has been reduced by up to 60 percent, making it easier to access content or switch from the Smart TV Home Screen to YouTube. The company says users will see an improvement of up to 70 precent in loading time with the new platform.

WebOS 2.0 comes with a new My Channels feature, which allows users to add TV or set-top box channels on the Launcher Bar for easier access. It has Quick Settings that lets viewers adjust TV settings without interruption and the Input Picker will allow connected devices to be recognized instantly. The Korean multinational is reportedly working with Amazon and Netflix to ensure that LG TV owners get a range of viewing options in 4K resolution.

LG's webOS-enabled Smart TVs will have access to 4K resolution content on Netflix as well as Ultra HD content on Amazon includes movies such as After Earth, The Amazing Spider Man 2, Elysium and The Da Vinci Code. LG claims that over 5 million webOS TVs were sold in the first 8 months after release, however it has not confirmed whether it will be launching its WebOS based smartwatch at the event as well.

"With the newest features introduced in webOS 2.0, the overall user experience has become even simpler, easier and more intuitive," said In-kyu Lee, senior vice president and head of the TV and monitor division at the LG Electronics Home Entertainment Company. "The webOS platform is a great example of our commitment to taking a leadership role in the next generation TV market with a truly innovative Smart TV solution."