The LG TVs will also house the company's new ALPHA 9 processor. 'ThinQ' will allow the implementation of hundreds of voice requests utilizing the company’s own open smart platform as well as third-party AI services. 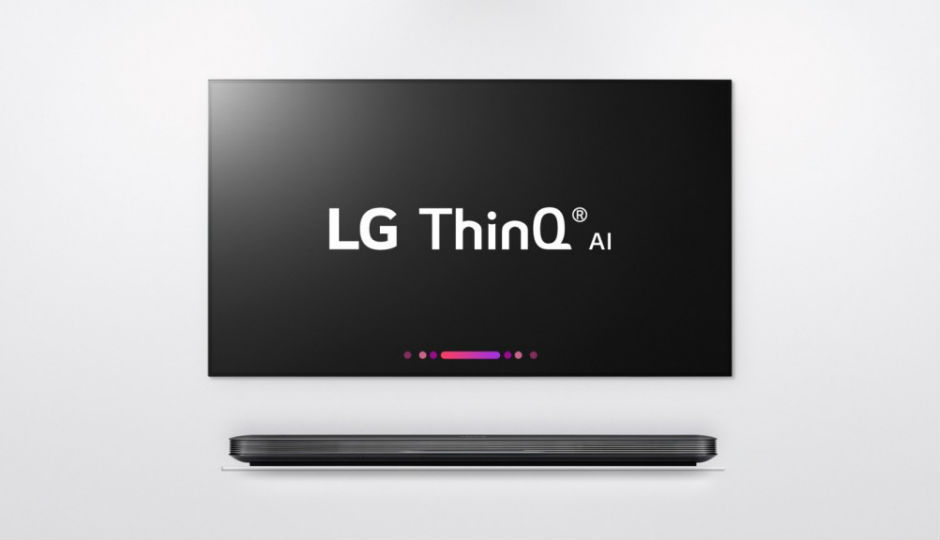 The South Korean tech giant said it will unveil the 2018 editions of premium TVs, including the OLED and Super Ultra HD TV at CES 2018 which will kick off at Las Vegas on January 9. According to LG, "ThinQ allows the implementation of hundreds of voice requests utilizing the company’s own open smart platform as well as third-party AI services."

The new OLED TVs will also be equipped with LG's new α (ALPHA) 9 processor and Google's Artificial Intelligence-enabled (AI) Google Assistant for voice-activated control. "With AI functionality embedded in their TVs, LG customers can speak directly into the remote control to enjoy all the convenient features of today’s advanced voice assistant technology," the company writes in a media release.

LG's ThinQ TVs will also serve as smart home hubs offering an option to connect other smart home devices such as robotic vacuum cleaners, air conditioners, air purifiers, smart lights, smart speakers and many other devices that can connect to the TV via Wi-Fi or Bluetooth.

Users can give voice commands such as "Please find my photos taken in Las Vegas last year from my Google account" or "Find movies starring Scarlett Johansson". The South Korean tech major said viewers can also ask questions such as "Who is the main character of this drama I am watching?"