The AmazonBasics Fire TV edition TV comprises of one 32-inch TV and two 43-inch variants. The 32-inch TV is an HD ready TV. 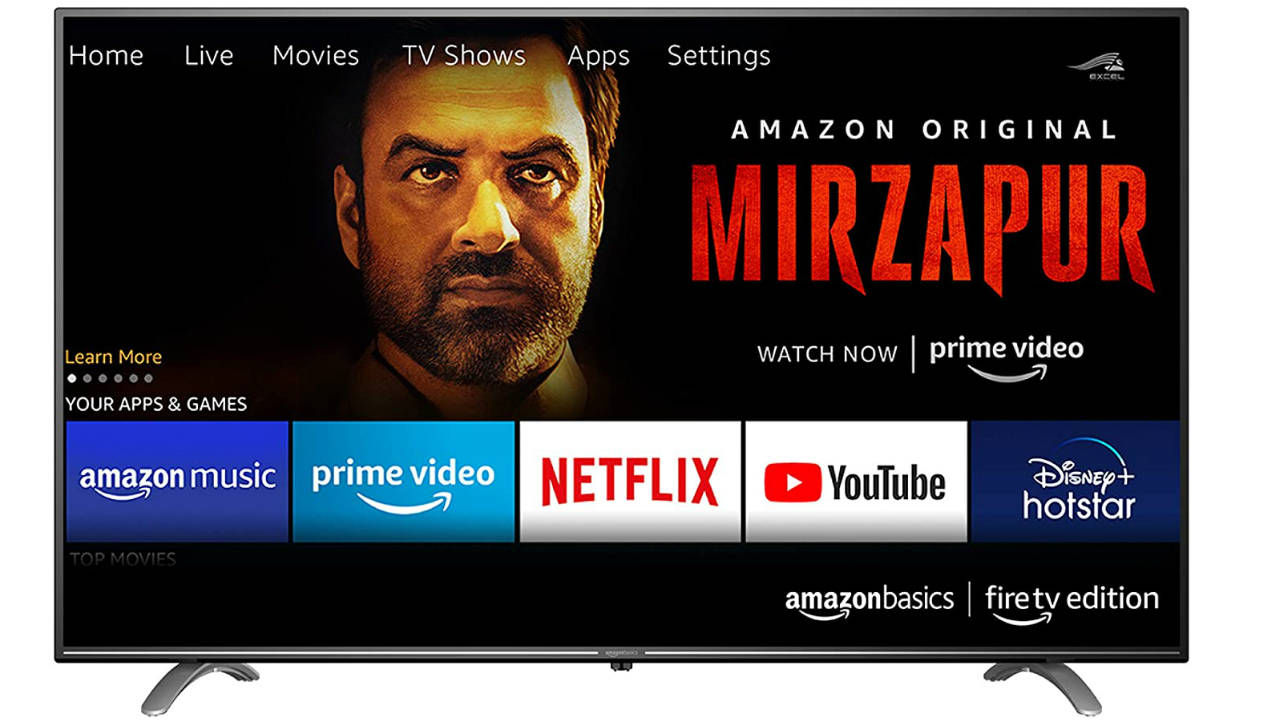 The 32-inch HD ready and 43-inch FHD version of the TV have a lot in common. The difference is of course the screen size and resolution. The 32-inch HD ready TV has a 1366x768p resolution while the 43-inch FHD TV has a 1920x1080p resolution. Both the screen sizes come with 2 HDMI ports and 2 USB ports for your connectivity needs. They have 20W of sound output along with support for Dolby Audio and DTS Tru Surround.

Under the hood, the TV is powered by a 1.5GHz quad-core processor, 1GB RAM and sports 8GB storage.

Under the hood, the TV is powered by a 1.95GHz quad-core processor, 1.5GB RAM and comes with 8GB storage.

If you have used a Fire TV stick in the past or have used the Onida Fire TV Edition TV (review), then you will feel right at home with the UI. The TV comes with Alexa built-in giving you voice controls on the TV along with the ability to control your Alexa enabled home appliances.

Moving over to the remote control, it looks like the Fire TV stick remote control but comes with some added buttons. You get the standard power, navigation, voice and playback buttons found on the Fire TV Stick remote control. In addition, you also have the volume rocker, and a button to change the channels. You also have a mute and settings button as well. There are dedicated hotkeys for Netflix, Prime Video and Amazon Music.