WhatsApp, Skype, Facebook and other apps could soon face regulatory hurdles in India as TRAI closes in on OTT recommendations 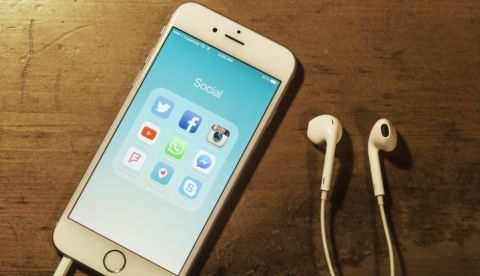 The TRAI is expected to make recommendations on bringing OTT communication apps like WhatsApp, Facebook and Skype under the regulatory ambit by February end. This could spell trouble for these apps as they come under increased scrutiny and possibly a licensing regime.

For years, almost five to be exact, there has been talk of regulating OTT apps like Facebook, WhatsApp and Skype in India. Telecom providers have been demanding that these apps, which provide similar services like calling and messaging, should pay connectivity charges to telcos as the infrastructure on which these apps function has been paid for and brought to customers by telcos The TRAI first proposed floating a consultation paper on the same back in 2014. At the time, the government had made it clear that it had no intentions of regulating OTT players.

TRAI had floated a consultation paper to explore the possibility of regulating apps like Facebook, WhatsApp, Skype and Google Duo last November. The consultation paper invited comments from stakeholders regarding the issues related to regulatory imbalance between Telecom Service Providers (TSPs) and OTT players providing services that can be regarded as same/similar to services offered by TSPs and issues related to economic aspects of such OTT services. “Since 2015, OTT services have witnessed a significant increase in adoption and usage. Technologies and networks for delivery of such services have also evolved during this period. The demand for examination of regulatory imbalance between OTT players and TSPs need to be taken up in this context,” the paper noted.

While TSPs argue that OTT apps need to be regulated since the entire burden of licensing, equipment and spectrum fee falls on the former, the fact of the matter remains that internet users in India are ballooning and telecom companies are also providing services like unlimited calling and free texting to their customers, just like OTT communication services. Also, TSPs are witnessing internet subscriber growth because OTT communication services are very attractive for their customers. As such, both TSPs and OTTs are codependent.

COAI, the body that represents telecom companies in India, argues that OTT services like WhatsApp, Facebook, etc should be brought under the licensing regime. On the other hand, organisations like the Internet and Mobile Association of India (IAMAI) and Broadband India Forum (BIF) are opposed to the idea.

It remains to be seen how TRAI walks the thin line, keeping OTTs, TSPs and consumers happy at the same time.