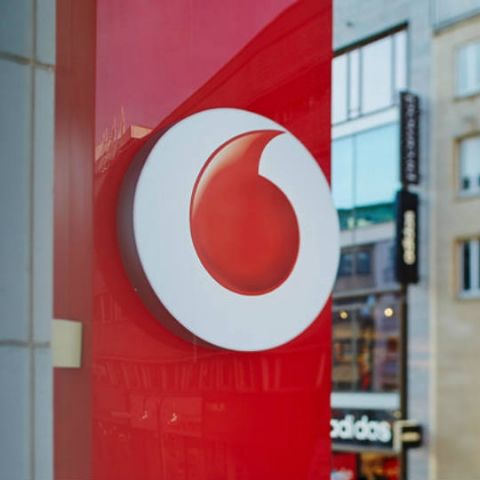 Keeping true to its promise, Reliance Jio recently refreshed its offerings to take on other telecom players. And as a response, Vodafone has revamped its RED postpaid plans to offer its users more data and subscription to Amazon Prime under all its packs, along with free Netflix subscriptions for some of the higher priced plans. The telco has listed the plans on its website, as per which, subscribers will also get access to Vodafone Play, Mobile Shield, Red Hot Deals and Bill Guarantee, which is free of cost. The company’s RED postpaid plans start at Rs 399 and go up to Rs 2,999.

The RED postpaid plan for Rs 399 now comes with 40GB data and a 200GB rollover limit. With the Rs 499 plan, one will get 75GB of free data with the same rollover limit. With both the plans, users will also get unlimited local and STD calls with free roaming and free benefits worth Rs 1,498 and Rs 4,498 respectively, counting the value of free access to Vodafone Play, Amazon Prime membership and the Red Hot Deals included with the subscription. With the Rs 499 pack, one will also get Mobile Shield Device Protection, which is said to be worth Rs 3,000. 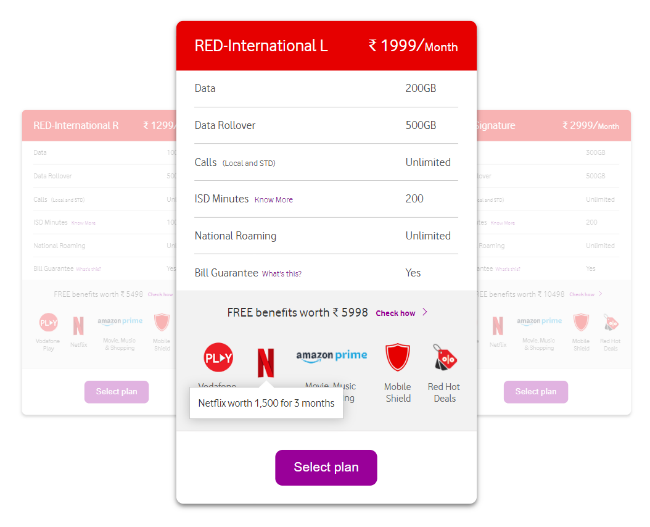 The Rs 1,299, Rs 1,999 and Rs 2,999 Vodafone RED postpaid plans now offer 100GB, 200GB and 300GB of monthly data, respectively. A 500GB data rollover limit is applicable on all the three packs and alongside free calls, they also offer some free ISD minutes and Netflix subscription but the validity varies as per the plan. On the Rs 1,299 pack, subscribers will get two months of free Netflix access and 100 ISD minutes, while with the Rs 1,999 plan they receive three months of Netflix, along with 200 ISD minutes. On the Rs 2,999 RED Signature postpaid plan, Vodafone is offering 200 ISD minutes with one year free subscription to Netflix.