The Telecom Minister, Ravi Shankar Prasad, also said that he did not appreciate the fact that operators were only concentrating on data at the cost of voice 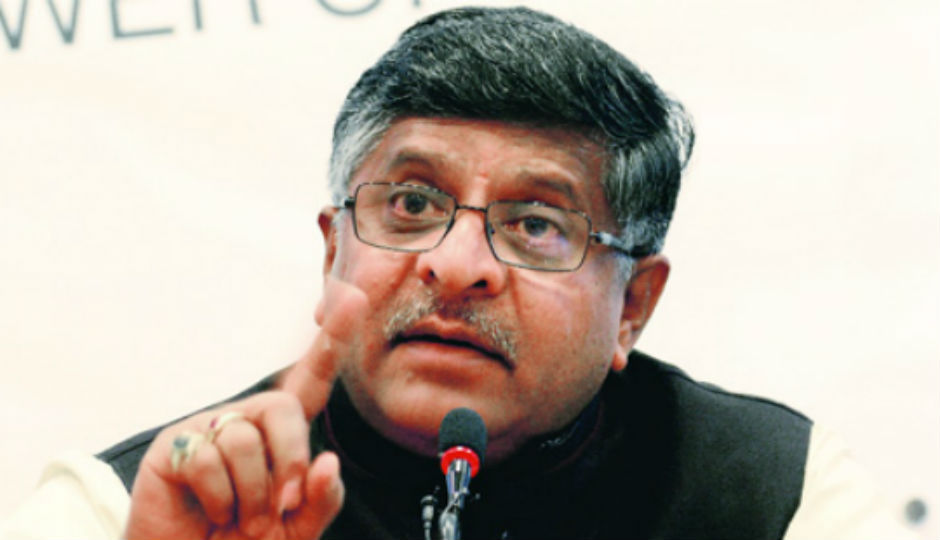 It seems Telecom Minister Ravi Shankar Prasad is in no mood to give up the back and forth with telecom companies. The minister said that the telcos’ argument that their license doesn’t mandate call drop free coverage is unacceptable. Prasad wants telcos to either improve their networks or face grave consequences from the government. “No one has been talking tough with operators. We will not appreciate their whole conduct of concentrating on data at the cost of voice and on new customers instead of old one,” Prasad told CNBC-TV18’s Shereen Bhan in an interview.

Further, Prasad said that telcos have to spend where expenditure is required in order to reinforce their network. He said that he did not appreciate the fact that operators only concentrated on data at the cost of voice. However, he did say that he was happy that towers and base transceiver stations (BTS) were being erected. Prasad stated that telcos had erected 14,000 towers and BTS’ in the past three to four months, with 2,100 being erected just in Delhi.

Telecom operators recently moved to court against TRAI’s order to penalise them for each call dropped. When asked to comment on this development, he said telcos will have to improve their network and “alibis” will not do. He shot down the operators’ claim that the regulator has not taken into account factors that are beyond the control of service operators. This included the sealing of cell sites as well as spectrum related issues. Prasad said that the Government of India has agreed to allow towers on government buildings and that it has talked to the New Delhi Municipal Council (NDMC) to allow mobile towers to operate. He said, “all the policy initiative I have done, much more can be done but what about the own responsibility of the operators.” He added, “Many of the operators told me that we were never knowing that in Uttar Pradesh (UP), Bihar, Bengal our network was so poor in maintenance. Therefore they were not maintaining it well; they were not monitoring it well. That is the point I am saying. Data growth is fine but at the cost of data why you are sacrificing the voice. These are the issues which they have to address.”