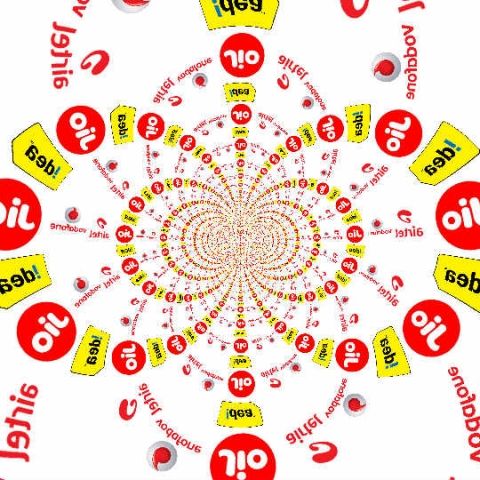 We have listed the best available prepaid plans from Reliance Jio, Vodafone, Airtel, and Idea to make it easier to choose the ones that best suit your needs.

Almost all telecom operators have stepped up their game to stay ahead of the competition. With every passing month, the telcos keep releasing new prepaid plans to incentivise users to either join their network or not port to the competition. Keeping track of all the new releasing plans is near impossible for a layman and even trickier is reading the fine print to understand exactly how good a recharge pack is. To make this process easier, we have compiled a list of the best prepaid plans by Reliance Jio, Vodafone, Airtel, and Idea. Do note that all the telcos offer unlimited calling and 100 SMS per day with their respective unlimited recharge options, unlsess stated otherwise.

Earlier, almost all telcos had a prepaid plan priced at Rs 149 but everyone, except Jio, has increased the plan’s price to Rs 199.  With Jio’s Rs 149 prepaid recharge, one gets to avail 42GB of total 4G data (1.5GB per day) with a 28-day validity. As for Vodafone, Idea and Airtel users, they can recharge with the Rs 199 plan that comes with 1.4GB of daily data, with a validity of 28 days. This adds up to 39.2 GB of overall 3G/4G data in a month, however, only 3G/2G speeds are offered on the Idea network.

Jio also features a Rs 199 pack that comes with 2GB 4G data per day and a validity of 28 days. Both the Jio recharge plans also come with complimentary access to the company’s suite of apps.

Moving on to a slightly higher price range, the four telcos have plans that are basically the same but offer more data. Jio has the best value for money recharge with the Rs 299 prepaid plan that offers 84GB of overall data (3GB daily data) for 28 days. The telco also has a Cricket pack that offers 2GB data per day with a 51-day validity.

Vodafone has two plans in this price range priced at Rs 209 and Rs 255. Users will receive 1.5GB and 2GB of daily 3G/4G data with the plans respectively, with a 28-day validity. Airtel offers Rs 249 pack, with which its subscribers get to avail 2GB of daily data for 28 days. Finally, Idea has Rs 227 and Rs 295 prepaid plans, which have a validity of 28 days and 42 days respectively. The Rs 227 plan is a daily data recharge wherein a user gets to avail 1.4GB daily data, while the Rs 295 recharge will credit 5GB of data for the entire duration of the validity period.

Reliance Jio again offers a better deal than its competition with the Rs 349 plan. Under the recharge, one will get to avail 105GB of data (1.5GB per day) for a validity period of 70 days. Another plan priced at Rs 399 will credit 1.5GB data per day, but with a slightly longer validity of 84 days. The telco also offers two 2GB daily data packs at Rs 448 and Rs 498, which are valid for 84 days and 91 days respectively.

Vodafone’s Rs 349 pack offers 3GB daily 4G/3G data for 28 days and there’s also another plan priced at Rs 399 that comes with 1.4GB daily data for an extended validity of 70 days. The telco is also offering 100 cashback on the latter plan, whose details you can check out here. With a slightly higher priced Rs 479 prepaid plan, users will get 1.5GB of daily data for 84 days.

Airtel has three plans in this price segment, with two of them offering the same amount of data benefits but with varying validity. The Rs 399 and Rs 448 prepaid plans by the company offer 1.4GB of data per day but for 70 days and 82 days respectively. A slightly higher priced Rs 499 recharge will credit 2GB daily data into an Airtel user’s account, with an 82-day validity.

Coming to Idea, the telco has several plans to choose from in this price range. There are two plans priced at Rs 309 and Rs 345 that offer 1GB of data per day. Do note that the latter pack, which is surprisingly more expensive, doesn’t come with free SMSes. There is another plan priced at Rs 392 that offers 1GB daily data but with an extended validity of 54 days. The telco has two plans priced at Rs 398 and Rs 449 for availing 1.4GB daily data, however, they come with 70 days and 82 days of validity respectively. Finally, Idea users can recharge with the Rs 499 pack to avail 2GB daily data for 82 days.

Consumers are advised to check the availability of these plans in their circle online or through the respective apps of the telecom operators before recharging.