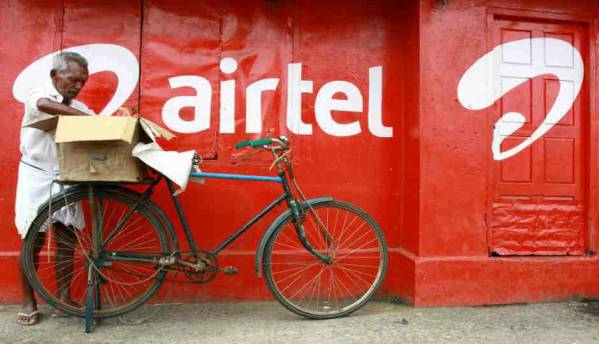 The new Airtel Rs 93 prepaid recharge offers 1GB of 4G/3G data along with unlimited local and STD calls for 10 days. Also, it comes with 100 free national SMSes per day and unlimited roaming as well.

Airtel has launched a new Rs 93 prepaid recharge for its subscribers. Under the recharge, they will get 1GB of 4G/3G data along with unlimited local and STD calls for 10 days. Additionally, it comes with 100 free national SMSes per day and unlimited roaming as well. The new Airtel Rs 93 prepaid pack competes directly with the Jio Rs 98 plan which offers 2.1GB of high-speed 4G data, unlimited local and STD calls along with 140 SMS for 14 days. Jio caps the daily data limit at 0.15GB and after crossing it, the speed is reduced to 64Kbps.

Airtel had previously announced a new prepaid pack priced at Rs 199. Under the recharge, users get 1GB data per day along with unlimited calling and 100 SMS per day for a period of 28 days. This plan rivals Jio’s new “Happy New Year 2018” plan, which is priced the same and offers 1.2GB of 4G data per day along with unlimited local, STD calls and unlimited access to Jio’s suite of apps like JioTV, Jio Cinema and more at a validity of 28 days.

Jio also launched another new prepaid recharge priced at Rs 299, which offers 2GB of daily 4G data with free national calls and texts along with unrestricted access to Jio’s suite of aforementioned apps. Additionally, after exhausting the daily limit, one will still get the unlimited data benefits at a reduced speed of 128 Kbps with both the Jio recharges.

Apart from Airtel, Vodafone has also launched a prepaid recharge priced at Rs 198. It offers 1GB of 4G data daily and unlimited local and STD calls with free national roaming. Vodafone subscribers will also get 100 free national SMSes per day with a validity of 28 days.