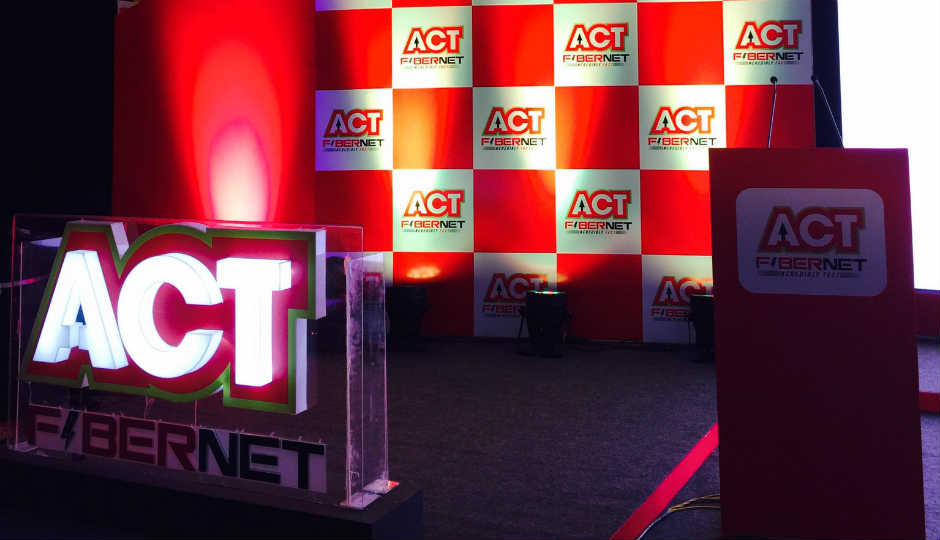 ACT says it is the third largest ISP In India and its 1Gbps internet service arrives ahead of Reliance Jio's proposed GigaFiber FTTH wired network. ACT Fibernet's services are mostly available in South Indian cities but it has since expanded to Delhi. The service is available in Bengaluru, Chennai, Coimbatore, Delhi, Eluru, Guntur, Hyderabad, Nellore, Tirupati, Vijayawada and Visakhapatnam.

Speed test your way to 1 Gbps speed. NOW, IS THE TIME TO THINK BIGGER and #ACTGIGA! Know more on: https://t.co/HxJjW4hZD5 pic.twitter.com/TbVKGM4iOs

ACT says its 1Gbps internet service will be ideal for VR livestream and online gaming. The company says "Online games get played the way they were really meant to be, in a 1 Gbps world. 1 Gbps lets us think of a world where your data lives on the cloud the moment you have it on your device." In order to experience 1Gbps speed, users will need a system with at least an Intel Core i7 processor clocked at 2.5GHz, 8GB RAM, 64-bit OS and 1 Gbps LAN/Ethernet port and copper cable of type CAT6 (4 pair) connecting to the PC. With average broadband speed in India currently at 2.5Mbps, ACT Fibernet's gigabit broadband is definitely a big leap ahead.