However, The Yu Yunicorn will be priced at Rs. 14,999 after the first month 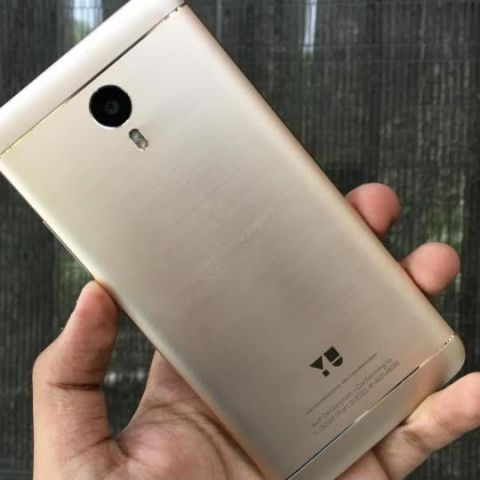 Yu has launched the Yunicorn smartphone in India at Rs. 12,999 and the phone will be available on Flipkart. The first flash sale will be held on June 7 with registrations starting from 2:00pm today. However, this price is only for the first month and the device will be priced at Rs. 13,499 afterwards. The device features a brushed aluminium rear with chamfered edges and will be available in Rush Silver and Graphite colour variants. A Rush Gold variant will also be available for a limited period.

The smartphone features a 5.5-inch Full HD display and is powered by a 1.8GHz MediaTek Helio P10 SoC with 4GB of RAM. At the back is a 13MP primary camera with phase detection autofocus, while at the front has a 5MP camera. The device offers 32GB of storage that can be expanded by up to 128GB. The phone sports a 4000mAh battery, which the company claims can last through four full days of usage. The Yunicorn does not run Cyanogen, but runs YU’s own OS called Android on Steroids (AOS) that is based on Android Lollipop. However, the company has promised that the Marshmallow update will be coming soon. The phone also comes with a fingerprint sensor and supports DTS Audio.

The company also unveiled Around Yu 2.0, which lets users access a number of different services via their device such as cabs, doctors, food and more. Users will have the option of choosing from different cab services like Uber or Ola via the service. Further, users will also be able to get in touch with doctors via video calls. Around Yu also comes with Yu Wallet that lets users pay for services like their phone bills.

Yu’s Co-Founder, Rahul Sharma had earlier confirmed that its next smartphone would not run Cyanogen, and would instead run stock Android as the deal between the two companies was no longer exclusive. This allowed Lenovo to launch its own Cyanogen powered device, the Zuk Z1, in India earlier this month.