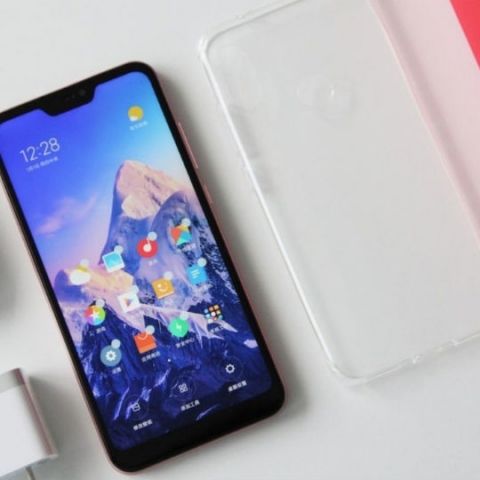 The Xiaomi Redmi 6 Pro has allegedly leaked in photos completely. The phone may be unveiled in India in the next two months.

The launch event of Xiaomi Redmi 6 Pro is just around the corner (June 25) and the rumours regarding the specs and features of the smartphone have been making rounds on the internet for some time. Confirming the leaks regarding the look of the device, a set of high-quality photos were spotted showing the phone from every angle. The Redmi 6 Pro is now confirmed to come with a notch and a chin, along with thick bezels on the sides. There is a 3.5mm jack and an IR blaster on the top, and Xiaomi has put two speaker grills, and a USB 2.0 charging port between those grills.

Further to the leak, Xiaomi has also confirmed that the Redmi 6 Pro will come with an option to hide the notch. If we closely observe the post, we can see a toggle button on the teaser shared by the company through its official Weibo account. The description says that the phone will have a switch to turn off the notch and make it look like a black band. The company may have introduced the feature following the demands of the users who complain of having the notch cutting into videos, games and other content.

The leaked images also confirm that the Redmi 6 Pro sports a dual-camera system at the back with lenses aligned in an iPhone X-type fashion and the fingerprint sensor is in the centre of the backpanel. The phone has a SIM tray which can accomodate two nano-SIM cards and a microSD card at the same time. 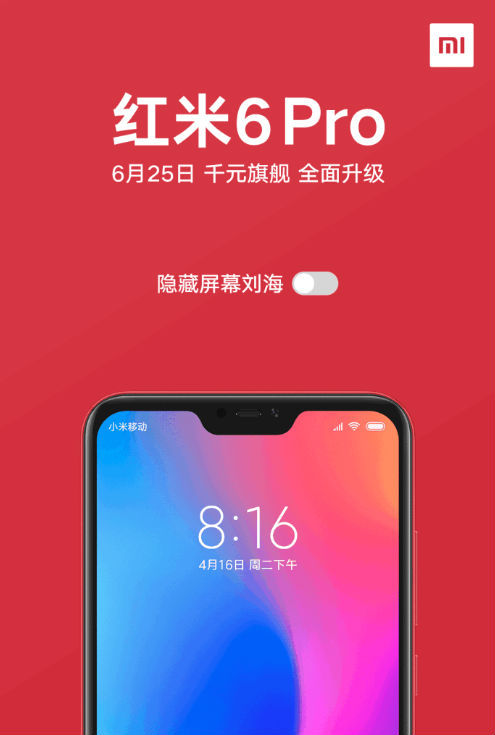 Another post on Weibo shows that the Redmi 6 Pro will be made available in five different colours. 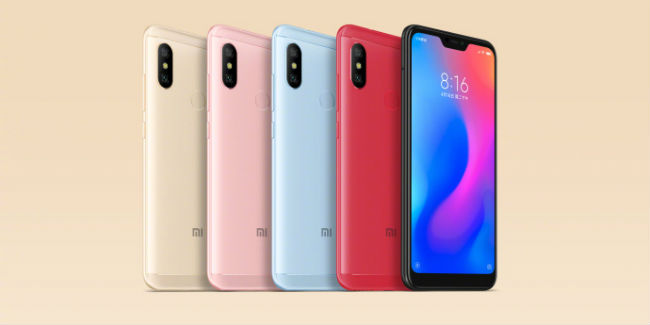 Xiaomi recently announced that its much awaited Redmi 6 Pro and the Mi Pad 4 will be launched on June 25. The company unveiled two posters of the launch event in China, mentioning the names and the launch date of the products. Recently, a report claimed that the Redmi 6 series of smartphones will be unveiled in India in the next two to three months. Xiaomi may also launch its flagship Mi 8 and Mi Band 3 in India, in the coming months.

A Xiaomi phone, anticipated to be Redmi 6 Pro, was previously spotted on TENAA with the model number M1805D1SE. The listing tipped that the phone has a notch and the display has a 19:9 aspect ratio. If you look at the poster carefully, Xiaomi has hinted at a 19:9 aspect ratio display for the redmi 6 Pro. As far as the specs of the smartphone are concerned, the TENAA listing revealed that the Redmi 6 Pro could be powered by an unknown 2.0GHz processor and feature a 5.84-inch Full HD+ display. However, the poster suggests Qualcomm Snapdragon 625 SoC will run the device.

Further, the phone could come with a 12MP + 5MP dual rear camera setup, with Artificial Intelligence (AI) powered features, and may pack a 4000mAh battery. On the software front, Redmi 6 Pro is expected to have Android 8.1 Oreo OS. The photos on Weibo revealed that the Redmi 6 Pro will come with MIUI 9.6 and like in other Xiaomi phones, the recently launched MIUI 10 will be rolled out later this year.

You can see some of the freshly leaked images of the Redmi 6 Pro below. 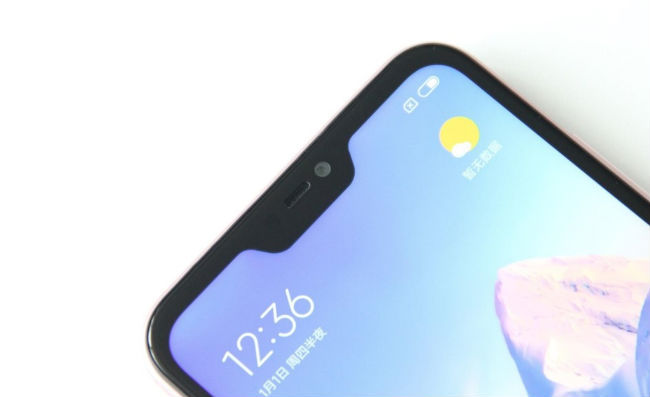 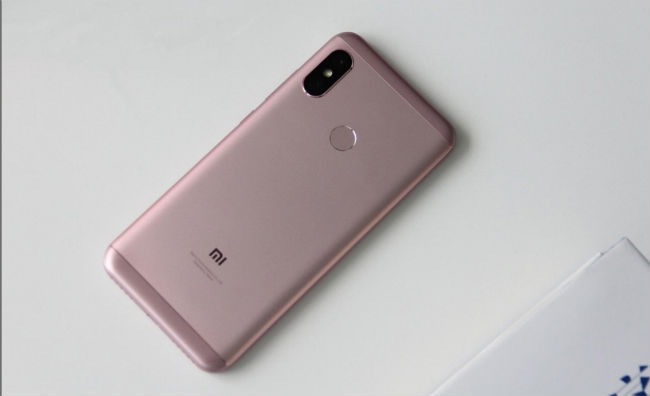