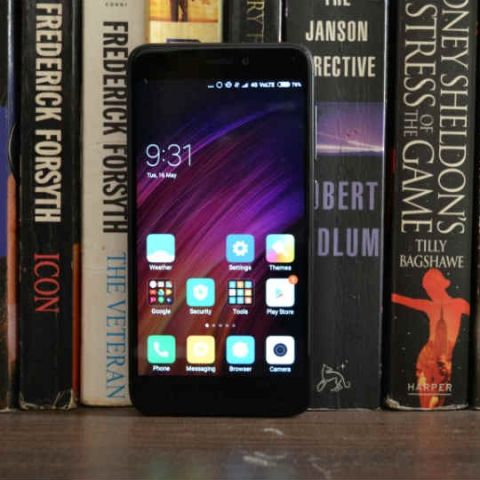 Xiaomi has been breaking records of fastest smartphone to reach 1 million sales mark in India with its latest smartphones. The Redmi Note 4 took only 45 days to reach 1 million sales mark and now the Redmi 4 has reached that number in fewer days. Manu Jain, Xiaomi VP and India Managing Director tweeted that Redmi 4 has gone one step ahead of Redmi Note 4.

Xiaomi Redmi 4's success shouldn't come as a surprise considering it replaced one of company's best-selling smartphone series. Ahead of the Redmi 4 launch, Xiaomi confirmed that it sold over 4 million units of Redmi 3S smartphones since its launch last year and has helped the company become India's second largest smartphone brand.

Xiaomi Redmi 4, like its predecessor, sports an all-metal unibody design and runs MIUI 8.0 based on Android 6.0.1 Marshmallow. The company has begun testing beta version of Android 7.0 Nougat and should start rolling out the update sometime this year. The handset sports a 5-inch HD display and is powered by the Qualcomm's Snapdragon 435 platform. It comes in three different storage options: 2GB RAM, 16GB storage, 3GB RAM, 32GB storage and 4GB RAM, 64GB storage.

On the camera front, the Redmi 4 sports a 13MP rear camera and a 5MP front camera. It also offers connectivity options like 4G VoLTE, WiFi 802.11n, GPS, Bluetooth 4.1 and uses microUSB port. The smartphone also features a beefy 4100mAh battery. The Redmi 4 is priced at Rs 6,999 for the 2GB RAM variant, Rs 8,999 for the 3GB RAM variant and Rs 10,999 for the 4GB RAM option. It is being sold via Amazon India and Mi.com via flash sales and there is also an option to pre-order the device for guaranteed delivery.