Going by the information obtained from firmware files of two unknown Xiaomi smartphones, the devices will come with a stock Android interface and be running the Android One program. 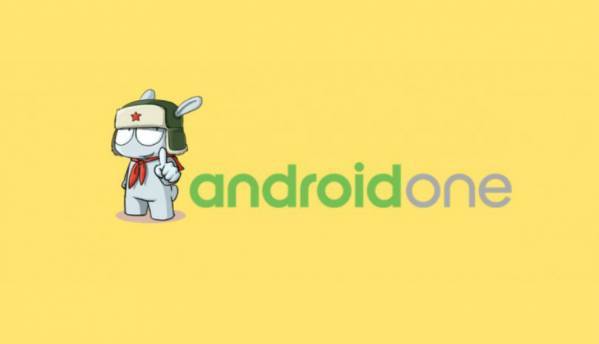 Xiaomi recently launched its Mi 6X smartphone in China, which is speculated to be launched globally as the Mi A2. It could be the successor to the company’s Mi A1 smartphone, which is a part of the Android One program and runs on stock Android. As per a report by XDA Developers, there is a Mi A1 successor in the works, which is said to be based on the Mi 6X, along with another Android One smartphone. Folks at XDA were able to obtain confirm the existence of two unknown Xiaomi devices with codenames ‘jasmine_sprout’ and “daisy_sprout” in a firmware file. It should be noted that the Mi A1 was developed under the codename ’tissot_sprout,’ and XDA says that “sprout” indicates that the device is part of the Android One program.

Going by the device’s build.prop, system applications, and permission files found on the firmware, XDA says that the two aforementioned smartphones will run under the Android One program. The firmware file reportedly indicates that there are no MIUI based apps pre-installed on the devices and their Android framework, SystemUI, and other system applications are all stock Android-based.

The devices are also said to have A/B partitions to support seamless updates, along with Project Treble support and as per the firmware files, the codenamed ‘jasmine_sprout’ phone will be powered by the Qualcomm Snapdragon 660 SoC and launch running on Android 8.1 Oreo. Going by the camera-related parameters in the firmware file, the device could also feature a 20MP IMX376 Sony sensor on the front, same as the Mi 6X. As for phone codenamed “daisy_sprout’, it could be launched running on Qualcomm Snapdragon 625 processor and is speculated to be a smartphone from the company’s Redmi series, possibly the rumoured Xiaomi Redmi S2.

As mentioned above, it is speculated that Xiaomi might simply rebrand the Mi 6X as the Mi A2 and launch it in India with stock Android. The Mi 6X was recently launched in China. It features a 5.99-inch display with an 18:9 aspect ratio and is powered by the Qualcomm Snapdragon 660 SoC. It is backed by a 3010mAh battery and sports a USB Type-C port. The smartphone comes with QC 3.0 fast charging, which the company says can charge the phone up to 50% in 30 minutes.

In terms of optics, the Mi 6X is equipped with a dual 12MP + 20 MP rear cameras, where the 12MP Sony IMX486 rear camera sports a f/1.75 aperture with 1.25μm pixels, whereas the second one is a Sony IMX376 sensor. On the front, it sports a 20MP Sony IMX376 camera. The phone also comes with AI-scene detection, that allows the camera to optimize the image after it had been taken and also supports face unlock feature.

Xiaomi is also expected to launch a new smartphone called the Xiaomi Redmi S2, which was previously spotted on TENAA. Even though device’s name was not mentioned on the Chinese certification website, XDA Developers said that the certification code matches with the internal code found in the firmware files, which they had previously obtained. As per the TENAA listing, the Redmi S2 features a 5.99-inch display with an HD+ resolution of 1440 x 720 pixels. The phone is expected to be powered by a 2.0GHz octa-core processor and could be launched in three variants of 2GB RAM/16GB storage, 3GB RAM/32GB storage, and 4GB RAM/64GB storage. The smartphone could be equipped with a dual rear camera setup and pack a 3000mAh battery. It should also be noted that the phone is tipped to be running Android 8.1 Oreo