Xiaomi Redmi Y3 and Redmi 7 launching in India tomorrow: Here’s what to expect

The Redmi Y3 and the Redmi 7 are going to be the follow-up the Redmi Note 7 Pro. Here's what you can expect from upcoming devices - 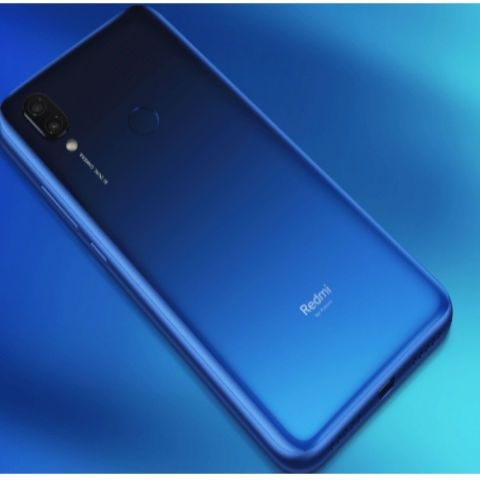 Even with stocks of Redmi Note 7 Pro and the Redmi Note 7 vanishing within seconds in each flash sale, Xiaomi is gearing up to introduce two more phones in the budget and mid-range segment. One is the latest in the line of selfie-centric phone, the Redmi Y3 and another is the successor to the popular Redmi series, the Redmi 7. Xiaomi has confirmed a few features of the upcoming Redmi Y3 and there have been a few leaks here and there that gives us a glimpse of what to expect from the budget selfie shooter. Moreover, the Redmi 7 is already available in China and while there could some difference in the spec-sheet, we expect the phone to be more or less similar to what’s available in China.

Just like the previous Redmi Y2, the Redmi Y3 will also be focused on the front camera. It’s primary feature, as teased by Xiaomi ahead of the launch, will be a 32MP camera. It’s unclear who manufactured the sensor or what it’s specs are, but the higher megapixel number alone indicates a step up from the 16MP sensor offered in the Redmi Y2.

There. Dropped it down the stairs. Will you drop your phone like that? #32MPSuperSelfie coming on 24-04-2019 pic.twitter.com/b998mk8JRS

Xiaomi also released a drop test video of the Redmi Y3 a few days back which showed the upcoming Redmi Y3 tumbling down the stairs and falling inside a dustbin. The company is claiming the Redmi Y3 will have a robust build that might survive accidental drops. While the video isn’t quite convincing, it did gives us a good look at the design of the phone.

Based on the video, we can confirm the Redmi Y3 will have a dot-notch, just like the Redmi Note 7 and the Redmi Note 7 Pro. Even the gradient glass finish of the Note 7 Pro is seeping down the price range. The unit in the video is of a dark blue colour with a gradient design that looks similar to the Samsung Galaxy A50.

As for the hardware under the hood, a Geekbench listing revealed that the Redmi Y3 will come with a Snapdragon 625 SoC along with 3GB RAM, 32GB storage and a 4,000mAh battery. There’s also MIUI10 based on Android 9 Pie. Now the choice of processor, especially in the middle of 2019 is a little baffling. Granted, the Snapdragon 625 has appeared in more Xiaomi devices that one can count, but the choice of chipset becomes stranger when you consider even the older Redmi Y2 came powered by the same SoC. Is it likely that Xiaomi made some software improvements to gain more performance out of the chip? We recommend you take this information with a pinch of salt.

The durability teaser showed the Redmi Y3 sporting dual rear cameras. As of now, we don’t know much about them, but it’s likely that the secondary sensor will be a 5MP depth sensor, as has been the case with dual-camera Redmi phones in the past.

As for the Redmi 7, the phone is already available in China. It launched a few days after the Redmi Note 7 Pro debuted in India and as a result, the phone shares a lot of design elements with the elder sibling. The Redmi 7 also has a gradient finish, although the material used might be hard plastic. It’s also expected to come with the P2i nano-coating to offer water resistance to a small extent.

The Redmi 7 sports a 6.26-inch HD+ IPS LCD display that stretches almost all the way to the edges thanks to a dot notch that houses the 8MP front camera. On the back is a dual-camera setup consisting of a 12MP primary shooter and a 5MP depth sensor.

The phone is also perceived to be quite durable thanks to Gorilla Glass 5 on top of the display. The Redmi 7 is powered by the Snapdragon 632 SoC which also powers the Moto G7 lineup. The chipset is a slightly improved version of the Snapdragon 625. In fact, the phone has the same GPU as its predecessor.

Both the Redmi Y3 and the Redmi 7 will be launched in India on April 24 at an event in New Delhi. Based on the leaked specs and the teased features, the Redmi Y3 will be positioned towards the camera-centric buyer, especially those who love taking selfies. And while the Redmi Y3 does seem to offer a 32MP camera for that purpose, the rest of the leaked hardware specs (if true) point to a phone that might perform underwhelmingly. It might not be able to compete with the likes of the Realme 3 Pro and even the Redmi Note 7 Pro. However,  past records show that the Redmi Y series have been priced similar to the Note series. For instance, the Redmi Y2 and the Redmi Note 5 Pro were priced the same at Rs 13,999 at the time of launch. We expect the Redmi Y3 to also follow the same trend.

The Redmi series, on the other hand, has always been the cheaper alternative to the Note series. This time too, the Redmi 7 shares a similar design, but is miles behind in terms of performance and camera, at least on paper. We expect the Redmi 7, as a result, to be priced under Rs 10,000. Xiaomi could launch multiple variants of the phone that could range between Rs 8,999 to Rs 11,999, based on how similarly packaged phones are priced.