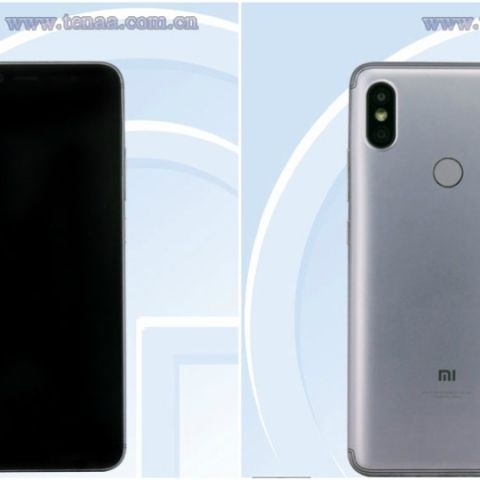 An unannounced Xiaomi smartphone has been spotted on Chinese certification website, TENAA. The name of the smartphone is not listed. However, reports suggest that this is most likely the Xiaomi Redmi S2. XDA Developers’ report states that the certification code (M1803E6E) matches the internal code name that they had found in the firmware files they had previously obtained.

As for the specifications, the Redmi S2 sports a 5.99-inch display with a HD+ resolution of 1440 x 720 pixels. The phone is tipped to be powered by an octa-core processor clocked at 2.0GHz and be available in three different variants. These include 2GB RAM/16GB storage, 3GB RAM/32GB storage, and 4GB RAM/64GB storage. The Xiaomi Redmi S2 is equipped with a dual rear camera setup and features a 3000mAh battery. It should also be noted that the phone is tipped to be running Android Oreo v8.1.

The specification on TENAA lineup with XDA Developer’s earlier report regarding the Redmi S2. As per that report, the phone was tipped to be an entry-level device with a dual-rear camera and support face unlock. It may feature an 18:9 display aspect ratio with a resolution of 1440 x 720 pixels. The device was expected to be powered by a Snapdragon 625 and feature a 3080mAh battery. The Redmi S2 was also tipped to come with Android Oreo v8.1 and is expected to be launched in India and China.

The design of the upcoming device looks a lot like the Xiaomi Mi 6X, which itself resembles the Redmi Note 5 Pro. The company plans on releasing the Mi 6X on April 25, has already released a bunch of teasers about the smartphone on Weibo.