Xiaomi reportedly announced that it is working on the Redmi Note 7 Pro smartphone, which is said to come equipped with a 48MP camera as well. However, it might use the Sony IMX586 sensor. 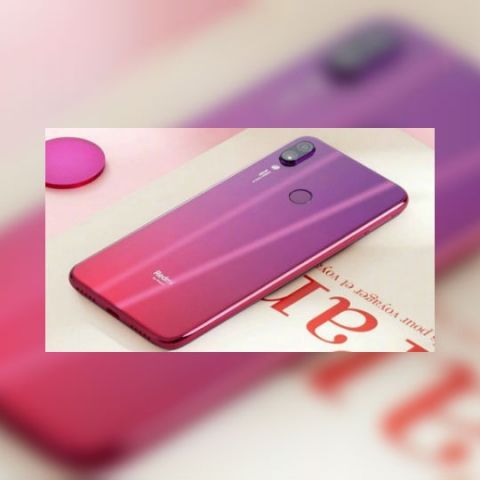 Xiaomi and Redmi parted ways recently, well, not really parted ways but instead of being Xiaomi Redmi, they are now two separate entities and Redmi is now a full-fledged sub-brand of Xiaomi. Under the new Redmi brand, the company recently announced its Note 7 Pro smartphone in China which features a 48MP rear camera and is surprisingly quite affordable at 999 Yuan (roughly Rs 10,341). However, Android Authority reports that the company also announced that a Pro variant of the handset is also under development and it will feature a different 48MP sensor than the one used on the Redmi Note 7. The company is said to be using the 48MP Sony IMX586 sensor on the upcoming Redmi Note 7 Pro(₹ 13590 at amazon) smartphone, which was announced by Sony back in July last year.

The current Redmi Note 7 is said to come equipped with Samsung’s ISOCELL Bright GMI 48MP sensor. However, Sony’s 48MP sensor is created keeping resolution and low light performance in mind as it is a stacked CMOS unit with a quad-Bayer design. It is 1/2 inches in size, which is much larger than the conventional imaging sensors used in smartphones. Each pixel measures 0.8μm on the Sony sensor and by combining adjacent pixels, the effective pixel-pitch of the final output is 1.6μm. The Sony sensor is also used in the recently announced Honor View 20 smartphone.

The Redmi Note 7 Pro is speculated to be announced around Chinese New Year. As for the Redmi Note 7, the device is a considerable upgrade in comparison with its predecessor. The device sports a waterdrop notch on its 6.3-inch LCD display that has a resolution of 2340x1080 pixels. It is powered by the Qualcomm Snapdragon 660 SoC and comes in 3GB, 4GB and 6GB RAM variants with storage options of 32GB and 64GB. It is backed by a 4000mAh battery and features a USB Type-C port with Quick Charge 4.0 support instead of a micro-USB.

Coming to the device’s highlight, it is the first Redmi phone to come equipped with a 48MP sensor. The main sensor is supplemented with a 5MP secondary sensor that enables portrait shots. On the front, it sports a 13MP camera that uses AI-based algos to enable face beautification and portrait mode shots. The Redmi Note 7 is priced at 999 (Rs 10,381 approx) for the 3GB+32GB model, while its 4GB+64GB model is priced at 1199 Yuan (Rs 12,455 approx). The 6GB+64GB model of the handset gets a price tag of 1399 Yuan (Rs 14,532 approx). It’s not known yet whether the phones will be launched at similar prices when they come to India.