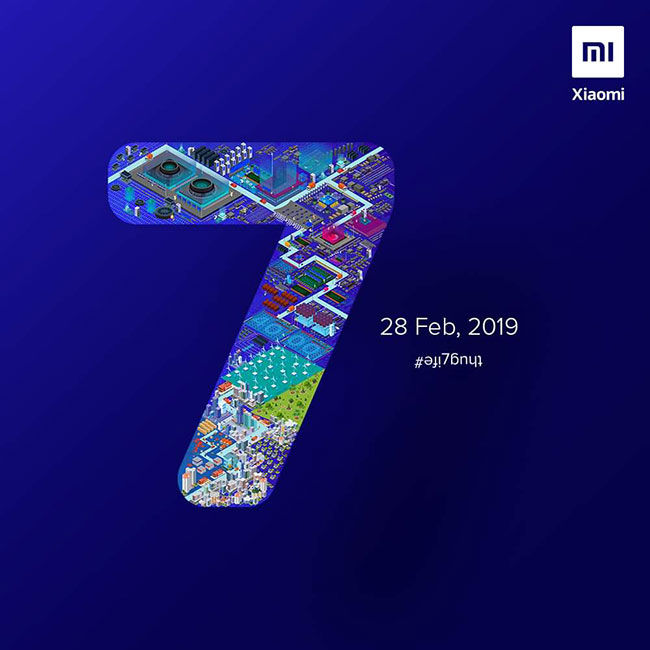 The Redmi Note 7 Pro has been highly anticipated and is expected to come with a number of impressive features. For starters, there’s a 48-megapixel sensor (Sony IMX 586) on the primary camera, which if its anything like the one on the Honor View 20 (Review), should be a winner by itself. The phone is also expected to ship with the new Snapdragon 675 processor which will provide support for the aforementioned 48MP camera and Qualcomm’s Quick Charge 4+, amongst other things. The phone is expected to sport a 6.3-inch display with a resolution of 2340x1080, the same as the one on the Redmi Note 7. The battery capacity on the Redmi Note 7 Pro is expected to be 4000mAh.

The Redmi Note 7 has already launched in China and we have a good idea of what to expect. The phone, in its current form, is powered by the Qualcomm Snapdragon 660 processor and comes in 3 RAM/storage variants. You can choose between 3GB, 4GB and 6GB of RAM, with storage options being 32GB of the lowest RAM variant and 64GB storage for the other two. In terms of imaging, there’s the Samsung ISOCELL GM1 sensor, which offers a true resolution of 12 megapixels, which it’s able to upscale to 48MP. The Redmi Note 7 sports a 4000mAh battery.

Lastly, Xiaomi is also expected to announce the Redmi Go, the company’s first Android Go device. The phone is expected to sport a 5-inch display with an 8MP rear camera and a 5MP front-facing camera. Powering the phone will be the Qualcomm Snapdragon 425 chipset with 1GB of RAM.

Also Read: Redmi to pull off a Poco and launch a Snapdragon 855 powered flagship smartphone