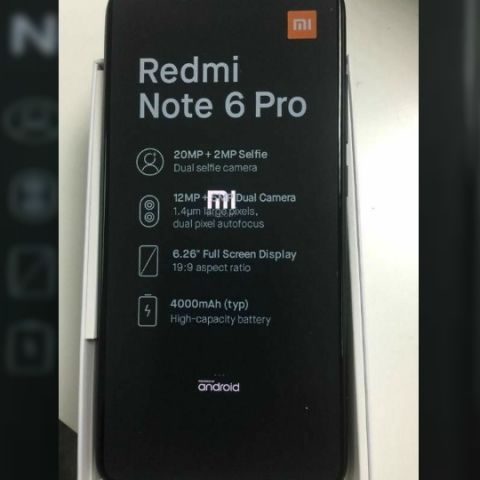 Earlier this week, alleged images of the Xiaomi Redmi Note 6 Pro smartphone and the retail box were leaked on Reddit, revealing some of its specifications. They hinted that the smartphone could come in a 4GB RAM + 64GB storage variant. A third image by SlashLeaks somewhat attested the specs revealed in the images leaked on Reddit and GlobeMobiles. In the latest development, the smartphone was spotted listed on AliExpress for sale with a price tag between $193.99 (approx Rs 14,000) and $218.99 (approx Rs 16,000). 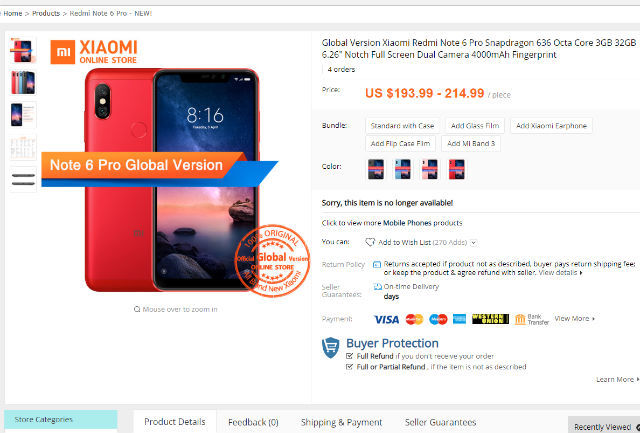 When we checked, the “item was no longer available” but unlike the leaked specs, the smartphone can be seen listed with 3GB RAM and 32GB storage. This may imply that Xiaomi is looking to offer at least two variants of the smartphones. The colour options include Black, Blue, Rose Gold and Red. Also, the smartphone listed on the e-commerce website is the “Global Redmi Note 6 Pro”. The apparent successor of the Xiaomi Redmi Note 5 Pro, is seen with metal build and a notched display.

The smartphone’s alleged leaked image and its retail box suggests that the Redmi Note 6 Pro could feature a 6.26-inch Full HD+ display with a 19:9 aspect ratio. It is said to come equipped with four cameras: Two each on the back and front. On the back, the smartphone is said to feature dual 12MP + 5MP sensors. The main camera is reported to support dual-pixel autofocus and come with a 1.4µm pixel size. On the front, it could encase 20MP + 2MP camera setup in the notch. The smartphone may come with a 4000mAh battery.