Xiaomi will start seeding the Android Oreo-based MIUI 9.5 Global Stable ROM update for its Redmi Note 5 Pro from June 29 in India. The smartphone was launched running on Android Nougat and finally, it will finally be updated to Android Oreo. The company announced the news via Twitter and said that the update will be rolled out in phases. So, one needs to wait if the update does not reach their device on June 29 as it will be seeded to them in the next phase.

Additionally, the Redmi Note 5 Pro has launched in a new 'Flame Red' colour in China. It comes with 4GB RAM, coupled with 64GB of internal storage and is priced at CNY 1,399 ( Rs 14,500 approx). It’s not known if the new colour variant will be launched in India, however, with the new addition, the handset now comes in a total of five colour options, which are Black, Rose, Gold, Rose Gold and Blue. The new colour variant is similar to the one seen on the recently launched Redmi 6 Pro. 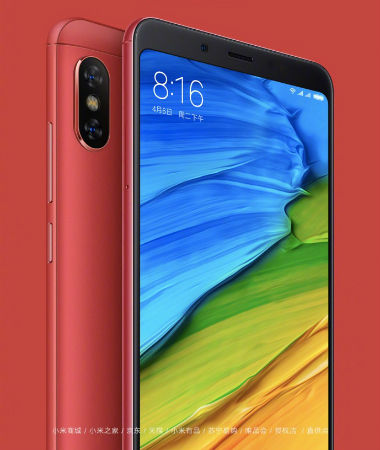 In India, the Xiaomi Redmi Note 5 Pro was launched back in February this year. It was the world’s first smartphone to be powered by the Qualcomm Snapdragon 636 SoC and the first Xiaomi smartphone to support the Face Unlock feature. It comes in a 4GB RAM/32GB ROM model and also a 6GB RAM with 64GB internal storage variant. The device features a 5.99-inch FHD+ 18:9 display with a 2160 x 1080p resolution.

On the rear, it is equipped with a 12MP + 5MP dual rear camera setup with f/2.2 aperture lens and f/2.0 aperture respectively. On the front is a 20MP sensor with Selfie-light and Beautify 4.0 feature. At the time of launch, the device ran on MIUI 9, based on Android Nougat. It features a rear-mounted fingerprint sensor and is backed by a 4000mAh battery. You can read our review of the Redmi Note 5 Pro here.