The Red colour variant of the Xiaomi Redmi Note 5 Pro is available for purchase via Mi.com and will soon be available via Flipkart. 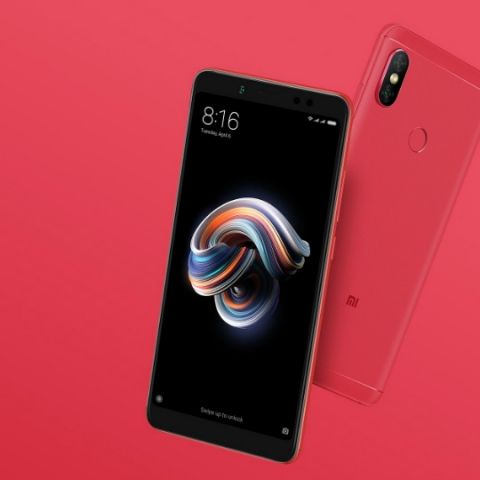 Xiaomi has launched a new Red colour variant of its Redmi Note 5 Pro (review) smartphone in India. The company was teasing the device via its social media channels for some time and it was revealed early morning on August 4 via a tweet by the Manu Kumar Jain, Xiaomi’s Global VP and India Head. Jain also stated that the device will go on sale today at 10AM on Mi.com and will soon be made available for purchase on Flipkart. It is priced the same as the standard models and it comes in the same 4GB and 6GB RAM variants with 64GB of internal storage. There are also some offers with the device like customers will get to avail a free 3-month subscription of Hungama Music. Jio users can avail Rs 2,200 Instant Cashback and up to 4.5 TB Data with the device.

Last month, the Redmi Note 5 Pro was announced to be available via open sale on Flipkart and Xiaomi’s own online shop, Mi.com. It comes in two variants, one with 4GB RAM/64GB storage, which costs Rs 14,999 and another with 6GB RAM/64GB storage, which is priced at 16,999. The device was launched in February in India with a 5.99-inch FHD+ 18:9 display and the Qualcomm Snapdragon 636 SoC. It comes equipped with a 12MP + 5MP dual-rear camera setup and on the front has a 20MP sensor with Selfie-light and Beautify 4.0 feature. The phone is backed by a 4000 mAh battery and features a rear-mounted fingerprint sensor. At the time, it did deliver on the value for money factor but it was undercut by its competitors like Asus and by Xiaomi's own Mi A2 smartphone.

The Mi A2 (Review) was recently launched in India in a 4GB RAM + 64GB storage variant, which is priced at Rs 16,999. Manu Kumar Jain has also announced that the company will soon launch a 6GB RAM + 128GB storage variant in the country. The Xiaomi Mi A2 is the second device by the company to launch under the Android One program and runs on stock Android OS instead of MIUI based interface. It features a 5.99-inch Full HD+ screen with an 18:9 display aspect ratio and is powered by the Octa-core Qualcomm Snapdragon 660 chipset. On the back are the fingerprint sensor and a vertically stacked 12MP+20MP dual-camera setup. On the front is a 20MP sensor with Xiaomi's Super Pixel Technology.