The Redmi Note 5 and Redmi Note 5 Pro sport a 5.99-inch full-HD+ screen with an 18:9 display aspect ratio. They are available in multiple colour options and with a couple of offers from Reliance Jio as well. 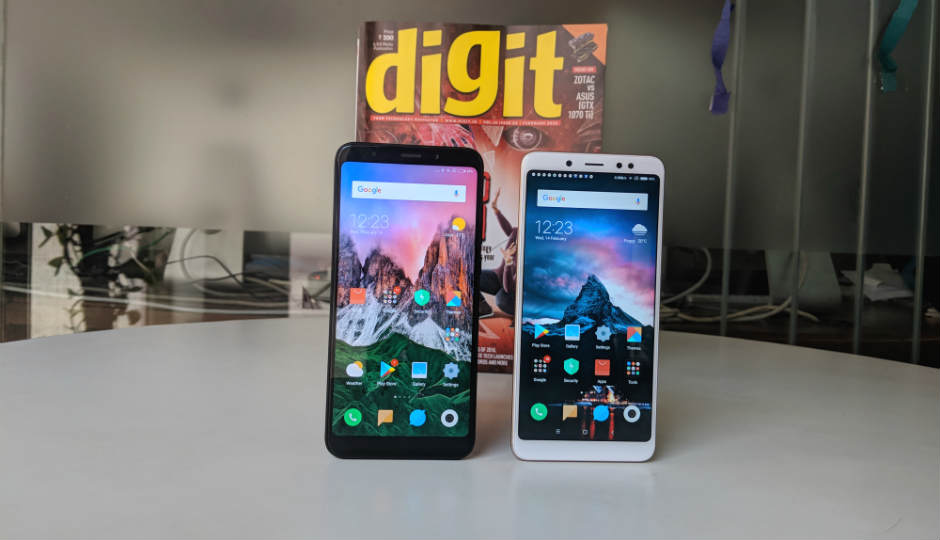 The Xiaomi Redmi Note 5 and Redmi Note 5 Pro smartphones will be available for purchase today starting 12PM from Flipkart, Mi.com and Mi Homes. This will be the devices’ third flash sale and as per the company they were rapidly sold out in the previous two sales. The handsets will be up for sale in Black, Gold, Lake Blue and Rose Gold colour models.

As bundled offers with the devices, Xiaomi is doling out an ultra-slim case for free. The company has also partnered with Reliance Jio and under the #GiveMe5 Offer and a Jio Prime subscriber is eligible for receiving an instant cashback of Rs 2,200. For receiving the cashback, they will need to activate the Redmi Note 5 or Note 5 Pro by performing a recharge of either Rs 198 or Rs 299.

The instant cashback will then be credited as 44 vouchers of Rs 50 in the user’s MyJio account, which can be redeemed one at a time on subsequent recharges of Rs 198 or Rs 299 prepaid plans only, via the MyJio app. There is also a double data offer, applicable after the activation recharge,  under which the for Jio subscribers which is applicable on the next three subsequent recharges priced at Rs 198 and above.

Coming to the specifications, the two smartphones come with an 18:9 display aspect ratio with a thin-bezel design. The Redmi Note 5 features a 5.99-inch full-HD+ screen and is powered by the Qualcomm Snapdragon 625 SoC. On the back, it is equipped with a single 12MP rear camera with f/2.2 aperture lens and an LED flash and sports a 5MP sensor on the front. The front camera is can capture full HD videos and is also supplemented with an LED flash.

The Redmi Note 5 Pro is the more powerful variant of the two devices. It is powered by the Qualcomm Snapdragon 636 platform, the first phone in india be equipped with the processor. The device sports a 5.99-inch FHD+ univisium display with a 2160x1080p resolution. On the rear, it comes with a dual 12MP + 5MP sensors with f/2.2 aperture lens and f/2.0 aperture lens respectively and is equipped with a 20MP camera with Selfie-light and Beautify 4.0 feature on the front.