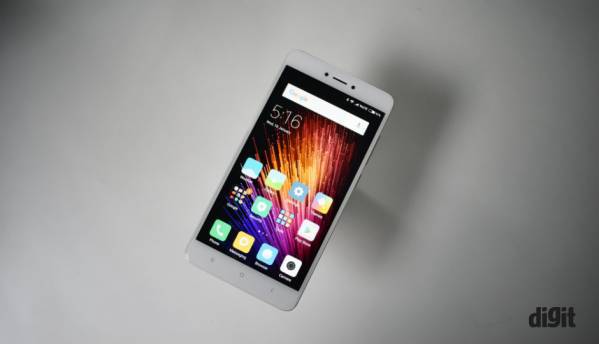 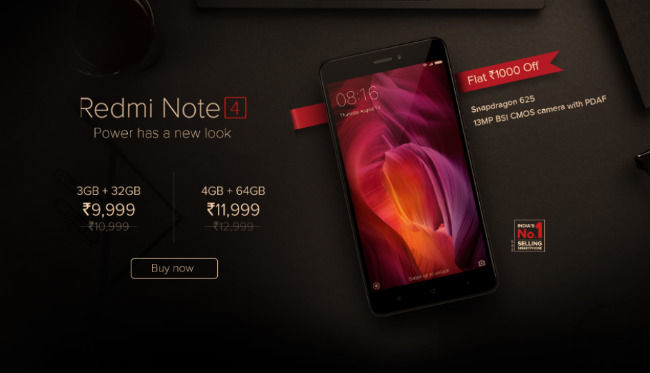 Flipkart is also hosting its Big Redmi Note 4 sale and is currently offering the smartphone at the same prices as mentioned above. However, the e-commerce platform has listed the 2GB RAM/ 32GB storage variant of the Redmi Note 4 at Rs 8,999, which not available at a discount on Mi.com. Flipkart is also giving a no cost EMI offer on the smartphone and customers using an Axis bank Buzz credit card to buy it will get an additional 5 percent off.

The Redmi Note 4 is powered by Qualcomm’s Snapdragon 625 SoC with Adreno 506 GPU and sports a 5.5-inch full HD 2.5D curved glass display. The smartphone features a 13MP rear camera and comes with a 5MP sensor at the front. It features a fingerprint scanner at the back and is powered by a 4100mAh battery. Xiaomi also claims that the Redmi Note 4 is India's No.1 selling smartphone.

Xiaomi has also started rolling out the Android 7.0 Nougat-based MIUI 9 update for the Redmi Note 4 smartphone in India. The device was initially launched with Android 6.0 Marshmallow. To recall, the company had announced MIUI 9 alongside the Mi 5X in July and had detailed plans to roll out the update to all of its devices. The stable version of the MIUI 9 update is being rolled out in phases and users can download it as an OTA update by checking their device's setting for the update.