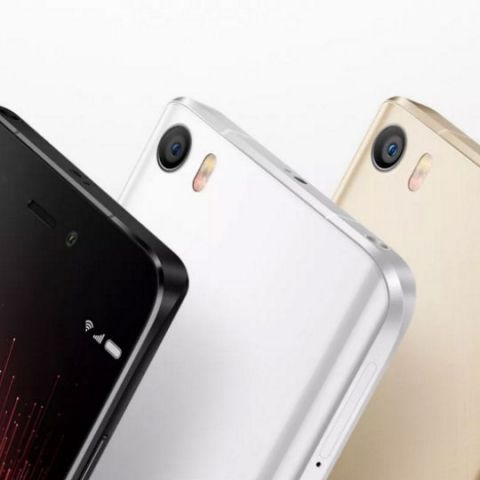 Xiaomi is presenting its latest smartphones, the Redmi Note 3 and the Mi 5, for open sale on April 27 in India, from 2pm onwards. Customers will be able to purchase the two devices from the company’s own online store, mi.com. Both the devices have only been available via flash sales until now, and this will mark the first open sale for the two devices from Xiaomi. While the Redmi Note 3 has set a benchmark in terms of performance within the budget segment, the Mi 5 became the first smartphone to sell in India with Qualcomm's flagship chipset, the Snapdragon 820.

The Xiaomi Mi 5 is the company’s latest flagship smartphone, and comes with a 5.15-inch Full HD display, powered by the Qualcomm Snapdragon 820 SoC with 3GB of RAM. The device is equipped with 32GB of storage, and a 3000mAh battery. There is a 16MP camera located at the back of the device, and a 4MP UltraPixel camera on the front. The phone also comes with a fingerprint sensor located on the home button, that can also be used as a capacitive button. The device is priced at Rs. 24,999.

Meanwhile, Xiaomi Redmi Note 3 was launched in India just before the Mi 5. It houses a 5.5-inch Full HD IPS display, and is powered by a 1.8GHz hexa-core Qualcomm Snapdragon 650 SoC with Adreno 520 GPU. At the back of the phone is a 16MP camera with dual-LED flash, while at the front is a 5MP camera. The phone is equipped with a 4050mAh battery with fast charging, and the fingerprint scanner is located below the rear camera. The device is available in two variants, one with 2GB RAM and 16GB storage, and another with 3GB RAM and 32GB storage. The two devices are priced at Rs. 9,999 and Rs. 11,999 respectively, and both come with hybrid dual-SIM slots and 4G LTE connectivity.