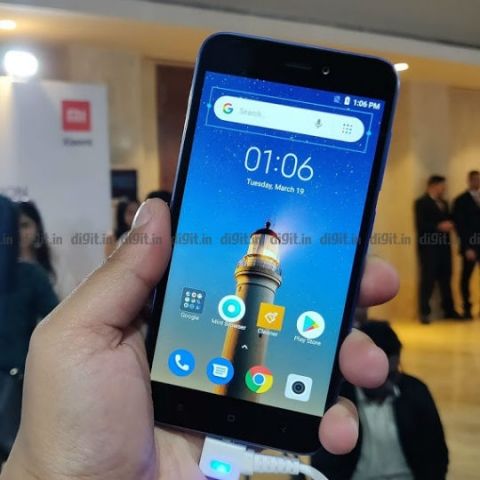 Xiaomi has finally launched its entry-level, Android Go-powered Redmi Go smartphone in India. The phone is tailored for the masses, providing a stock Android experience on a low-cost, feature phone-replacing device.

In India, the new Redmi Go is expected to compete with other existing Android Go smartphones like the Nokia 1, Nokia 2.1, Lava Z40, Micromax Bharat 5 Infinity, Samsung J2 Core and many others. With an Android Go device, Xiaomi looks to be taking aim at the large feature phone user base in India, looking to move up to a smartphone.

The Redmi Go leverages the Android Oreo (Go Edition) operating system and thus comes pre-loaded with Google Go suite of apps. It remains to be seen if Xiaomi will upgrade the software on the device to Android Pie (Go Edition) in the near future.

The phone features a 5.0-inch HD display and is powered by the Qualcomm Snapdragon 425 SoC, coupled with 1GB RAM and 8GB of internal storage. The phone has dual SIM slots as well as a dedicated memory expansion slot which allows users to expand its storage to 128GB via a microSD card. Those who buy the Redmi Go will also get unlimited Google Photos storage. 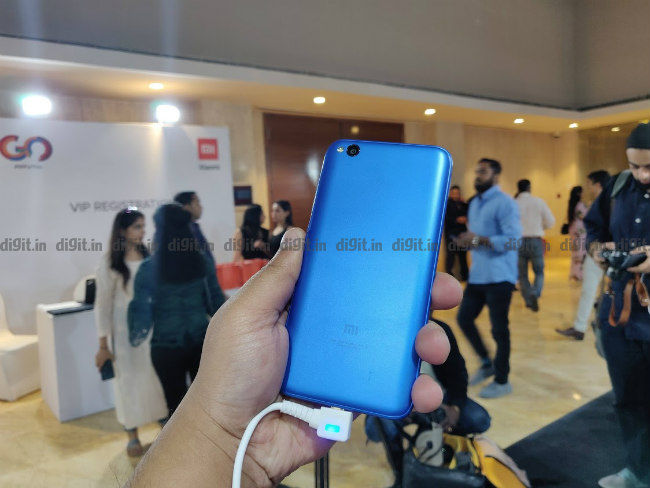 In terms of optics, the Redmi Go sports a single 8MP rear camera setup. The sensor’s pixel size is 1.12μm and it is placed in a 4-element lens that has an f/2.0 aperture. The main camera comes with autofocus support and there’s a single LED flash on the back. On the front is a 5MP sensor with 1.12μm large pixel size and 3-element lens with f/2.2 aperture lens. The handset is backed by a 3000mAh battery. Xiaomi says it can last upto 10 days in standby mode. A power adapter is provided in the box which can withstand power spikes up to 380V.

Other features on the Redmi Go include - a Night Light mode for reading in low light and an Ambient display. The phone supports 4G, 3G and 2G networks.

The Redmi Go is priced at Rs 4,499 in India and will be available in Blue and Black colour variants.

Its first sale will start at 12 noon on March 22, on mi.com, Flipkart and Mi Home stores. The phone will also be available soon through Mi Preferred Partners. Reliance Jio users will get Rs 2,200 cashback along with 100GB data free.